A commonly used tool for assessing adrenal hormones is a diurnal cortisol curve. This curve is derived from taking four daily saliva collections – typically done upon waking, before lunch, before dinner and before bed – and charting them on a 24-hour graph. 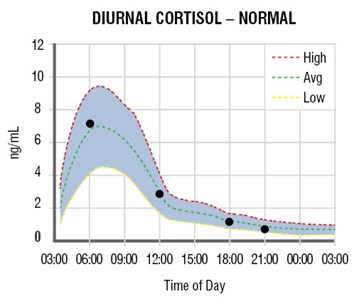 This pattern shows a normal rise in cortisol production within 30 minutes of waking for the day. Cortisol levels then drop throughout the day, reaching their lowest point at bedtime.

Cortisol production is normally at its highest 30 minutes after waking and declines steadily during the day, reaching its lowest point at bedtime. Those with adrenal gland dysfunction generally have irregularities in their diurnal cortisol curves. Some common examples are shown below. 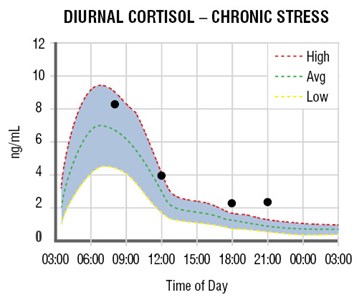 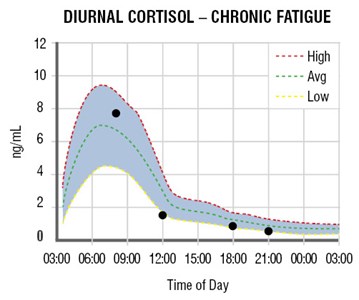 The pattern for chronic fatigue shows an elevated morning cortisol with levels dropping off rapidly during the day. General symptoms include mid-day energy drop, drowsiness and poor exercise recovery. 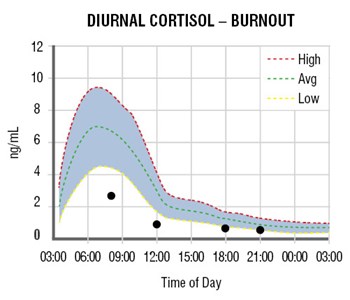 Many ZRT saliva and saliva/blood spot combination profiles, as well as several dried urine profiles, include the diurnal cortisol curve. Just look for the Cx4 (cortisol x 4) indication in the profile. Download a complete list of profiles below.