How 5 Elements Can Affect Your Thyroid Hormones 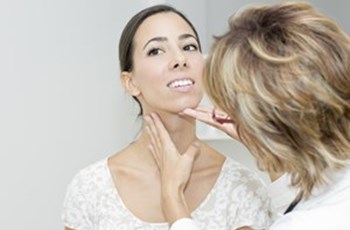 The thyroid gland, while small in size, is one of the most significant endocrine glands. It's also key to how quickly the body uses energy, makes proteins and it controls how sensitive the body is to other hormones.

According to the American Association of Clinical Endocrinologists (AACE), thyroid disease is more common than diabetes or heart disease and affects as many as 30 million Americans. Recent news stories have linked thyroid issues to both weight gain and infertility, and this media attention is finally starting to bring the conversation about thyroid dysfunction to the forefront.

A New Angle - Your Thyroid & Toxins

For years, we've been educating providers and patients about the role of thyroid hormones in controlling the body's metabolism. Because every cell of the body is affected by thyroid hormones, symptoms of imbalances are often varied and affect multiple body systems.

Most recently, however, we've added a new facet to the discussion by talking about the impact of environmental toxins on the thyroid.

Understanding exposure to elements such as bromine, arsenic and mercury provides insight into why patients may not be synthesizing adequate amounts of thyroid hormones. Or why the thyroid hormone levels in blood may be normal, but they suffer from thyroid deficiency symptoms caused by poor intracellular conversion of T4 to T3.

In addition to environmental exposure, it's important to consider nutritional deficiencies that block thyroid synthesis and function. Foods and nutritional supplements, as well as everything from contaminated soil to pesticides, can influence the amount of essential or toxic elements to which we are exposed. High or low levels of these elements in urine can indicate toxicity or deficiency, and help determine whether we are consuming adequate amounts of the good elements.

Learn More! ZRT founder Dr. David Zava explains the impact that elements have on thyroid health in this informational webinar.

Below is a summary of several key essential or toxic elements that affect thyroid health:

Adequate iodine is essential for thyroid hormone synthesis as it is an integral component of the thyroid hormones thyroxine (T4) and triiodothyronine (T3). Iodine is present at trace microgram to high milligram amounts in the foods we eat. Products that come from the sea are usually higher in iodine than anything grown in soil. The oceans contain the largest reservoir of iodine in the world. Seaweed is able to concentrate iodine, often resulting in exposure to milligram amounts depending on the species consumed. Other sources of iodine include iodized salt, eggs, milk and supplements. Iodine is found at high levels in egg yolk and milk products because it is used in animal feed to prevent bacterial growth and to fortify the consumed product. Iodine-based sanitizers that are used to clean cow's teats before milking will raise iodine levels, but concentration can vary depending on brand or season. Iodized salt isn't typically used in food production, and is consumed mainly as seasoning for food. Sea salt and other novelty salts do not contain nearly as much iodine as iodized salt. Iodine in multi-mineral supplements usually doesn't exceed the FDA-recommended daily amount of 150 micrograms, but it is best to check labels to be sure.

Bromine is present naturally in some foods, but overall exposure to this halogen is low, perhaps with exception of seaweed consumption. Normal bromine exposure is in the milligram amount per day, with excessive exposure regularly coming from bromine-fortified food, beverages, sanitizers and flame proofing agents. Methyl bromine is used as a fumigant on crops, increasing the amount of bromine in food products. Brominated vegetable oil is used in popular drinks such as Mountain Dew and Fanta, giving the drink a cloudy color and fuzzy texture when drinking. Polybrominated diphenyl ether (PBDE) is currently used as a flame retardant and is found in many consumer products such as paint, textiles, building materials, automobiles, foam, mattresses, carpets, car seats and electronic plastics. Bromine can also be used as an anti-infection agent in hot tubs and pools in place of chlorine.

Selenium is an essential nutrient that is incorporated into the active site of at least 25 different enzymes that serve as antioxidants and thyroid deiodinases. The therapeutic range of selenium is quite narrow. The selenium content of food and water primarily depends on the selenium content of soil. Populations that show selenium deficiency or excess are usually living in regions where the soil is very low or high in selenium, respectively, and their primary food staple is from local production. Brazil nuts are well known for their high selenium content and most ocean products are high in selenium. Supplements generally contain less than 200 micrograms of selenium, but it is best to check labels to make sure. Toxic effects may occur at levels above 400 micrograms daily consumption.

Low microgram amounts of mercury exposure can result in very toxic effects on the body. Mercury accumulates in the body and is not readily excreted. Common routes of exposure are vaccines, dental amalgams, workplace contamination, and household products. Both vaccinations and dental amalgams contain a high level of mercury, which results in unnecessary exposure over a long period of time. Occupational exposure can occur as a result of fuel combustion, gold and other metal production, cement production, light bulb manufacturing and laboratory work. Short term exposure may be a result of contact with light bulbs, thermometers, barometers, switches, medicines, paint, antiques, and cosmetics such as skin lighteners that contain mercury.