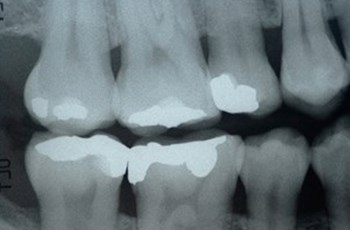 Mercury is one of the most toxic heavy metals. There are numerous natural and man-made sources of mercury, but the most concerning are the ones we are exposed to daily. Mercury is known to affect the nervous, circulatory, immune, reproductive, and digestive systems, along with organs such as the kidneys, lungs, and gastrointestinal tract. Mercury primarily targets sulfhydryl groups (sulfur) and selenium, for which it has a high affinity. Later in this blog is a list of the most common sources of mercury exposure, but before we get into that, it is important to distinguish the three different types of mercury and their common exposure routes.

Understanding the Different Types of Mercury

Mercury exists in the environment in three forms: elemental, inorganic, and organic (most commonly as methylmercury). The amount of mercury that we absorb and retain in our bodies depends on what type of mercury we are exposed to, as well as the dose, duration, and route of exposure. The following table shows the most common mercury exposure routes and the relative levels of exposure for each.

Inorganic (Hg2+) – the toxicity of inorganic mercury compounds depends on their solubility. These are usually present as solids, not vapors, so inhalation risk is low. Acute skin exposure can lead to dermatitis and corrosive burns. Oral consumption of inorganic mercury generally affects the kidneys through bioaccumulation, as the molecule is polar and lipophobic (fat “hating”) [1]. The best marker of inorganic mercury exposure is urine.

Organic (MeHg, EtHg) – inhalation and dermal exposure to organic mercury is extremely rare but can have devastating consequences such as blindness, deafness, and loss of consciousness. Around 95% of organic mercury is absorbed when ingested, and due to its lipophilic (fat “loving”) and non-polar nature, it can cross the blood-brain barrier [2]. The best marker of organic mercury exposure is whole blood.

Read more about the bioaccumulation of mercury and why sample type matters when testing for toxic elements.

Fish and shellfish consumption is the leading dietary source of mercury exposure. Inorganic mercury is converted to the more toxic organic methylmercury by bacteria. Methylmercury then works its way up the food chain, from small organisms to fish and shellfish, accumulating in their tissue. Fish species with the highest tissue mercury concentrations are king mackerel, shark, and swordfish at 0.73, 0.97, and 0.99 parts per million (mg per kg sample) respectively. Tuna is also known to accumulate high levels of mercury. A complete list of fish and shellfish mercury levels can be found here: http://www.fda.gov/Food/FoodborneIllnessContaminants/Metals/ucm115644.htm

Dental amalgams contain about 50% elemental mercury. Liquid mercury in a pre-measured capsule is mixed with silver, copper, tin, and other elements, to create the filling. Each capsule contains mercury in amounts ranging from 100 to 1000 mg. Dental amalgams are commonly called “silver” fillings because of their appearance, which can be misleading to the consumer. Dental amalgams will continuously leach elemental mercury vapor during chewing, brushing and corrosion into saliva, which is inhaled and has been proven to accumulate in the body.

Thimerosal is a preservative currently used in some flu vaccinations, administered to both children and adults. Thimerosal is metabolized in the body to form ethylmercury, with each vaccination containing around 12.5-25 µg of ethylmercury per dose. Vaccinations for children only no longer contain thimerosal.

Mercury thermometers contain between 500 to 54,000 mg of elemental mercury. Elemental mercury vapor is easily absorbed by the body, while direct exposure of liquid mercury from a broken thermometer results in little assimilation via the GI tract. Spilled mercury from a broken thermometer beads into tiny drops, which can get into carpet and cracks and continuously release harmful mercury vapor that can be inhaled or absorbed through the skin. Mercury thermometers are nearly phased out for both medical and industrial use, but many still reside in personal medicine cabinets and need to be disposed properly  (https://www.epa.gov/hw/universal-waste).

Mercury is not safe in any form or by any route of exposure. Understanding the three types of mercury and their common exposure routes will help prevent unnecessary exposure to this dangerous heavy metal. If you are unsure of current or past exposure to mercury, a combination urine/blood mercury test can be helpful in determining the likely type of exposure. Monitoring selenium can be helpful as well, as selenium is known to bind tightly to mercury and reduce its toxicity [3] [4].