Melatonin’s Importance Is So Much Bigger Than Sleep 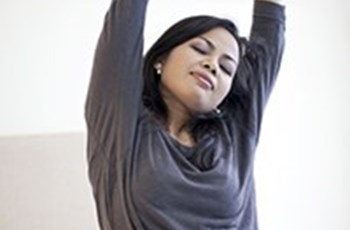 I've been up to my elbows in melatonin research for a week now.

I always felt like I had a pretty good working knowledge of where melatonin came from in the body, roughly how it was synthesized, the signals that propagate its production, and where it acts. Like most clinicians, I tended to think of it for sleep problems in general and as an adjunct treatment for some of the comorbidities associated with different cancers.

I was also vaguely aware that there was a physical reason my colitis patients usually presented with depression and sleep problems – the gut really is the bigger of our two brains after all, but I’m not sure I was able to put it all together until this intensive synthesis of information.

While I’m not ready to say that melatonin or any one hormone is a panacea, I will say it truly is a hormone with far-reaching potential to be a major player in resolving a myriad of health issues. If you are someone who thought melatonin was just that sleep hormone, consider this short list of melatonin’s strengths:

This is all compelling, but to really understand melatonin’s importance and potential for improving health, we should start with what we know about its biochemistry and physiology.

It might be surprising to hear that melatonin is synthesized from L-tryptophan at 500x greater concentrations in the gastrointestinal tract than in the pineal gland of the brain. The gut is responsible for most of our daytime synthesis of melatonin and its release increases significantly in response to food intake, particularly protein-rich foods with high tryptophan content, or tryptophan administration. At night, the pineal gland takes over production by responding to light deprivation in the form of a huge surge of melatonin peaking around 2am and dropping steadily until waking. The enzymes for synthesis of melatonin can also be found in the skin, lymphocytes, various epithelia throughout the body including airway passages, reproductive organs, endothelial cells, and in the thyroid.

The 101 on Melatonin Synthesis

The first two steps in the pathway from tryptophan require the help of nutritional cofactors niacin, iron, folate, zinc, B6, magnesium, and vitamin C, resulting in serotonin. Once melatonin is formed, its versatile structure allows it to penetrate nearby and distant tissues very quickly for a near immediate effect.The melatonin production pathway starts with tryptophan, an essential amino acid found in high-protein foods like chicken, fish, nuts and spinach. It’s always important to remember that proper stomach acid and pancreatic function is required to break down and assimilate proteins into amino acids for absorption.

Circulating melatonin is hydroxylated and conjugated with sulfate in the live to form its primary metabolite, melatonin 6-sulfatoxy (MT6s) as shown in the figure, and excreted into urine.

Where Does Melatonin Act? In Short, Everywhere!

Not surprisingly, melatonin has its own special membrane receptors – MT1, MT2 and MT3 that are found in almost every cell and tissue in the body from epithelia to neurons to smooth muscle.

“In humans, melatonin receptors were also detected in several organs, including brain and retina, cardiovascular system, liver and gallbladder, intestine, kidney, immune cells, adipocytes, prostate and breast epithelial cells, ovary/granulosa cells, myometrium, and skin.” The nuclear melatonin receptors, RZR/ROR, are as ubiquitous throughout the body as the membrane receptors and may be responsible for its apoptotic effects on cancer cells.