Melatonin's Role in the Gut "Brain" 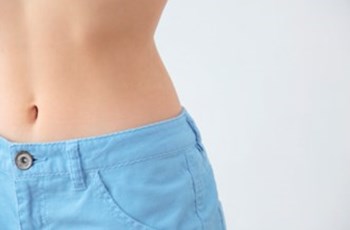 Last week, I discussed Melatonin's Role in Sleep. By focusing on MT6s, we may be focusing on the tip of the melatonin iceberg.

We see very high levels of MT6s in the urine as a result of pineal synthesis and release of melatonin in response to dark stimulation.

Melatonin is released, fulfills its role as central nervous system sedative, resets our cellular clocks and is then sulfated and to a much smaller degree glucoronidated in the liver. The sulfated melatonin then hits the kidneys for disposal. Though important for assessing the circadian rhythm, that’s not the end of the story for melatonin.

In the gastrointestinal tract, melatonin is synthesized in the enterochromaffin cells that exist in the epithelia that line the lumen and acts more in a paracrine manner – affecting nearby cells.

Why doesn’t it show up in the urine as MT6s? It turns out melatonin, by virtue of its structure, can directly neutralize oxidative species like hydroxyl radicals, nitrites, peroxynitrites and peroxides. In so doing, melatonin descends down pathways that change its structure depending on what it’s reducing. Those metabolites, such as N1-acetyl-5-methoxykynuramine (AMK) and N1-acetyl-N2-formyl-5-methoxykynuramine (AFMK), may represent an emerging field of study for developing a way to assess the body’s ability to handle oxidative stress and general inflammation.

So, we do see some baseline low levels of MT6s in the urine during the day from extra-pineal melatonin production sites that may represent a small portion of the body’s melatonin status. It remains to be seen what conclusions we can draw from looking at daytime MT6s alone for more than sleeping status.