Neurotransmitters, Mood & the Perception of Stress 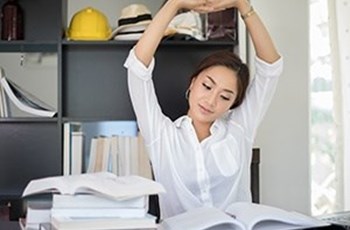 When we talk about “stress,” or allostatic load, in terms of the perception of an event, we must realize that these “events” must first be translated into neurochemical signals before they trigger the HPA axis.

Therefore, the sensitivity and outcome of translating these events (whether they are ongoing events, memories of past events, or stressful anticipation of unrealized events), is highly dependent upon signaling from other neurotransmitters. In fact, the signaling neurotransmitters that manage mood and affect often overlap with measures of HPA axis activation, and cannot be easily distinguished in some subjects. [1]

While the detailed influence of neurotransmitters, such as GABA, glutamate, serotonin, norepinephrine, dopamine and a host of neurosteroids, on the HPA axis is beyond the scope of this blog post, we will outline some of the fundamental activities clinicians should keep in mind when evaluating patients for HPA axis dysfunction.

The Prevalence of Anxiety & Depression

Anxiety disorders are the most common mental illness in the United States, affecting 40 million adults age 18 and older (18% of the population). Major depressive disorder (MDD) is the leading cause of disability in the United States for those age 15 to 44. MDD affects approximately 14.8 million American adults age 18 and older each year, or about 6.7 % of the population. [2]

These disorders are often associated with abnormal amounts, ratios or activities of various neurotransmitters. For this reason, more than 1 in 10 Americans are prescribed a medication intended to modulate or mimic neurotransmitter function with a variety of outcomes and side effects.

The manifestations of HPA axis dysfunction caused by mood and stress, such as a feeling of a loss of control, burnout-withdrawal, and worry, overlap with those of both anxiety and depression. For this reason, it is often difficult to separate the diagnostic and treatment approaches in such individuals. It is common for researchers to use depression scales (e.g., Hamilton Depression Scale) along with perceived stress scales in subjects undergoing HPA axis function testing. [3] It is also well-known that the brain regions most responsible for interpreting perceived stress (hippocampus, pre-frontal cortex, amygdala and hypothalamic PVN), are highly influenced by neurotransmitter-signaling, though these interactions are multi-layered and not well-understood. [4]

A recent summary/meta-analysis of the past 40 years of research has affirmed that elevated activity of the HPA axis during depression is one of the most reliable findings in biological psychiatry. [4] Higher cortisol levels are most pronounced in subjects with more severe depression symptoms, especially if the patient is hospitalized due to depressive symptoms.

Melancholic and psychotic depression are linked with notable higher average cortisol than those with regular depression. Atypical depression, characterized by hypersomnia, fatigue and hyperphagia, does not appear to cause elevated cortisol levels, and in some studies, correlates with lower cortisol output. ACTH output, when measured, also mirrors most of these findings, as it is elevated in more severely depressed subjects.

HPA hyperactivity in depressed subjects appears to be caused, at least in part, by impairment within the negative feedback inhibition process. Essentially, the feedback inhibition is less sensitive to elevated cortisol secretion, which prevents appropriate down-regulation of the HPA axis. [5] Research has primarily focused on the function and polymorphism of the glucocorticoid receptor (GR) and its co-chaperones within the hippocampus, amygdala, hypothalamus and other areas of the brain that send signals to the HPA axis. [6] Changes to GR function result in a form of “glucocorticoid resistance” within these neurons, leading to a hyperactive HPA axis (with measurably higher ACTH and cortisol) and a blunted feedback inhibition (less inhibition noted in dexamethasone suppression tests). [7] Furthermore, GR regulation is now considered to be a major mechanism for several classes of antidepressants. [8]

Along with GR-related feedback inhibition common to depressive disorders, increased inflammatory signaling is also considered to drive the depression/HPA axis activation. [9] While these actions seem contradictory, as cortisol is known to be an anti-inflammatory steroid, it is possible that the same GR-resistance that occurs within the brain may also prevent the down-regulation of inflammatory mediators like IL-1β and IL-6 in certain immune cells.

Also, not all patients with elevated inflammatory cytokines will have depression, though most will have some level of HPA axis activation (or down-regulation after chronic activation). [10] Nonetheless, blunted feedback inhibition and inflammatory signaling are considered to be major pathways that bridge depression with HPA axis dysfunctions. [11]

[7] Szczepankiewicz A, Leszczyńska-Rodziewicz A, et al. FKBP5 polymorphism is associated with major depression but not with bipolar disorder. J Affect Disord. 2014 Aug;164:33-7