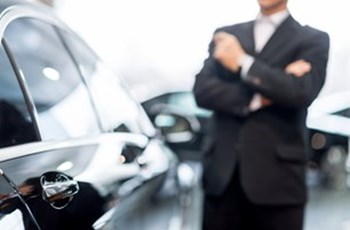 A new study published in Nature Communications, resulting from ongoing collaborations between ZRT Laboratory and several academic institutions, explored the effects of testosterone supplementation on young men’s preference for luxury products [4]. It turns out that men in the testosterone group had a much stronger preference for goods perceived as having higher status, compared to men that received placebo, suggesting that consumption of status goods may stem from neuroendocrine motives. The surge in testosterone, established by testing these men’s salivary hormones by liquid chromatography-mass spectrometry (LC-MS), highly suggests that some region in the brain was stimulated to promote stronger attitudes toward status-enhancing goods, and not those associated with power or high quality – thereby reinforcing a sort of nuanced “consumer aggression,” as a means to gain social status.

The results of this “buying under the influence” study implicate testosterone’s role in social adaptation, highlighting its role in status-enhancing behaviors. The pursuit of status enhancement appears to be hardwired into the male neurophysiology. Human males no longer have a need for indiscriminate aggression, which, when it boils down to it, is just one of the means to achieve status. Men who are knowledgeable or skilled in a particular area can nowadays achieve social dominance without physically conquering their adversaries.

Whether physical or mental, testosterone surges propagate the desire to dominate – its levels spike as an individual embarks upon a task that may significantly affect status. The motivation to continue after losing a competition seems to be strongly affected by the rise in testosterone – losers with more testosterone are more likely to compete again [5]. In a real-life scenario, prior to performing a particularly challenging and demanding  task testosterone levels have been shown to rise to the occasion [6].

What is it about testosterone that makes it seem to mimic the feel-good reward-enhancing actions of the neurotransmitter dopamine? Turns out, a downstream metabolite of testosterone, referred to as 5α-androstanediol, binds to dopamine receptors in the brain and enhances its actions [7]. Being at the top triggers the feel-good dopamine surge in the brain, which is amplified by this testosterone metabolite. Testosterone is prominently featured within the reward pathways – stimulating dopamine biosynthesis and potentiating its signaling throughout the brain [7] [8]. Not only can circulating testosterone and its more potent metabolite readily cross the blood-brain barrier to access dopaminergic neurons, but local synthesis can raise androgens in specific brain areas as well.

If testosterone propels men to seek status, research into the theoretical frameworks of neuroeconomics might improve our understanding of gender-specific social behaviors. Psychometrics behind behavioral tests provide a glimpse into the multi-dimensional neurobehavioral labyrinth. The gamut of structural and functional endpoints affected by testosterone is further broadened when testosterone metabolism is considered. Future studies should probe deeper into the role of testosterone metabolism in reward-based behavior of status seeking. Approaching this challenge will only be feasible using noninvasive body fluids, such as saliva or urine, and testing them for hormones like testosterone and its metabolites by state-of-the-art mass spectrometry developed at ZRT Laboratory and used in the recently reported study [4].