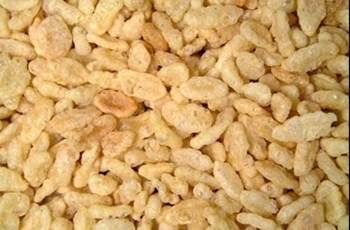 Did you know that the amount of arsenic in your public water supply is strictly regulated by the FDA, and must test below 10 ppb* total arsenic? Ironically, the food we eat has no such regulations on arsenic content, and some staple foods such as rice may contain high levels of arsenic.

Arsenic is a natural element found in soil and water at different concentrations throughout the world. There are two types of arsenic, inorganic and organic, the former being much more toxic and associated with generation of free radicals that damage tissues and potentially lead to diseases of aging and cancer. Typically, chronic long term arsenic exposure comes from private or unregulated wells, but recently rice grown in soil and irrigation water containing high levels of arsenic has been identified as a major source of arsenic exposure.

What makes arsenic so toxic? Exposure to arsenic results in the formation of reactive oxygen species (ROS) which cause oxidative damage, primarily to DNA and mitochondria. Arsenic also forms a tight complex with selenium, reducing its bioavailability for incorporation into selenoproteins. Selenoproteins play important roles in thyroid hormone synthesis and as antioxidants to protect tissues against attack by reactive oxygen species (ROS), leading to carcinogenesis. Chronic arsenic exposure, especially in the presence of selenium deficiency, can therefore contribute to both hypothyroidism and an increased risk of cancer.

Unfortunately there is no way of knowing if you are consuming too much arsenic or too little selenium in your food, unless you test a body fluid that reflects exposure to these toxic and essential elements. Arsenic has no taste, smell, or color, which makes it nearly impossible to know if the water you are drinking, or the food you are eating contains too much arsenic.

To overcome this hurdle, ZRT Laboratory has developed a simple urine test to evaluate consumption of arsenic. Urine is collected on a filter strip and dried prior to shipping to ZRT, making collection and shipping simple and convenient.

So, before you pick up that bag of rice, rice crispy treat, or box of riced-based cereal, stop to think how much arsenic you might be exposing yourself and your family members to, and if selenium is high enough to counter the toxic effects of arsenic as well as other heavy metals like mercury.