Exploring the Connection Between BDNF and Alzheimer's Disease 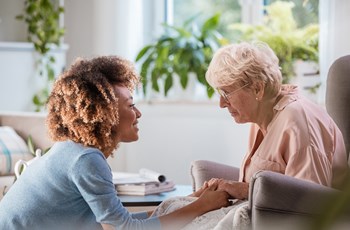 Brain-derived neurotrophic factor, known as BDNF, is a protein produced by brain cells that regulates normal neuronal development and synaptic plasticity. Insufficient production of BDNF limits the growth and differentiation (maturation) of new nerve cells and lowers the ability of nerve cells to connect with each other and transmit information. Consequences include impairment of memory formation and degeneration of other brain functions.

How Can We Measure BDNF Production in the Brain?

Despite the name, BDNF is not only produced in the brain; other types of cells in the body produce it, and in particular blood platelets contain large amounts. When a blood sample is taken and allowed to clot, BDNF is released from the platelets and remains in the serum layer where it can be assayed [1]. Low serum levels of BDNF have been found in neurological conditions including depression and bipolar disorder as well as neurodegenerative conditions like Alzheimer’s, Huntington’s, and Parkinson’s diseases in multiple studies [2,3], and analyses of brain levels of BDNF post mortem in patients who had these conditions show a correlation of brain BDNF with cognitive decline. This led researchers to suggest that serum BDNF levels are indicative of brain levels.

Why would platelet levels reflect brain levels? The most plausible theory lies in the discovery of neuronal BDNF gene transcripts in megakaryocytes, the platelet-generating cells [4]; therefore, the conditions that alter the expression of this gene (and consequently synthesis of the BDNF protein) affect endogenous BDNF production to a similar extent in both neurons and megakaryocytes. So while BDNF is actually produced in the megakaryocytes, it is retained within the platelets. However, in some acute situations, for example the increase in serum BDNF during strenuous exercise or the decrease during depressive episodes, the level of BDNF in platelets may be more likely reflective of the degree of platelet activation [4].

What is Alzheimer’s Disease?

Alzheimer’s disease represents 60-80% of cases of dementia, a term that encompasses a group of symptoms involving a decline in memory and other thinking skills. The second most common type of dementia after Alzheimer’s is the vascular dementia that develops after a stroke.

Alzheimer’s Disease is a progressive neurodegenerative disease. And it’s not an insignificant problem – studies have suggested that Alzheimer’s has been under-reported as a cause of death, and that it is actually the third leading cause of death behind heart disease and cancer in the 75 and older age group. In Alzheimer’s Disease changes occur in brain cells that damage them and affect connections (synapses) between brain cells. Cells in the hippocampus, the memory/learning center of the brain, are among the first to become damaged, so short term memory loss is an early sign of the disease. Symptoms of dementia gradually worsen over time.

The disease, named after Dr. Alois Alzheimer after his observations in 1906, is characterized by amyloid deposition (plaques) and tangled nerve fibers (tangles) in the brain and a loss of connections between neurons. Age-related changes that can trigger the neurological damage leading to Alzheimer’s disease can include inflammation, vascular damage, increases in free radicals, and mitochondrial dysfunction. But early onset Alzheimer’s Disease that can start anywhere between the 30s and 60s is linked to a genetic defect in the Apolipoprotein E gene.

Is There a Link between BDNF and Hormonal Decline during Aging?

In an earlier blog, I looked at the link between the decline in estrogen levels during menopause and changes to the hippocampus, the part of the brain responsible for formation of new memories and transferring short-term to long-term memory. As previously mentioned, cells in the hippocampus are among the first to show damage in Alzheimer’s Disease. A local supply of estrogens and androgens in hippocampal neurons maintains synaptic plasticity, maintaining connections between neurons that are essential for storing memories [5]. But is there also a link between hormones and BDNF?

In fact, estrogen both stimulates synthesis of BDNF and enhances its actions by regulating expression of tropomyosin-related kinase B (TrkB), a high-affinity BDNF receptor [6]. Activation of TrkB leads to downstream events necessary for neuronal survival and synapse formation. Since the hippocampus is particularly influenced by estrogens (and androgens, via local aromatase activity that converts testosterone to estradiol) its effects on hippocampal BDNF expression are crucial to maintaining the health of this memory/learning center.

Stress hormones are also connected to BDNF expression, possibly explaining the links between mood disorders and changes in BDNF levels [7]. Chronic elevations in cortisol due to HPA axis hyperactivity cause changes in the brain including reduced hippocampal volume. It has been suggested that BDNF and glucocorticoid activities in the brain are calibrated: normal BDNF synthesis is optimal during a normal diurnal fluctuation in cortisol production, but sustained cortisol peaks seen in chronic stress result in reduced BDNF synthesis [8].

Genetic and non-genetic markers are being developed that can help identify the onset of disease and provide the opportunity for early drug treatments [9]. But since there is a vascular and inflammatory component to the decline in brain health that can lead to dementia, lifestyle changes that are commonly suggested to reduce risk for metabolic syndrome and cardiovascular disease, such as the Mediterranean and DASH (Dietary Approaches to Stop Hypertension) diets, could also help keep brain cells healthy [10]. Trials of diet along with other modifiable lifestyle factors including social and cognitive engagement, brain exercises, and physical exercise in older adults are underway [11].

Stress is another major factor in neurological damage as chronic, excess cortisol production exacerbates inflammation and cell damage, as well as increasing risk factors for cardiovascular disease. Meditation practices, psychological well-being and spiritual fitness have been proposed to mitigate the effects of stress on the brain and reduce risk of Alzheimer’s Disease [12,13].

Low serum BDNF levels can be a useful indicator that neurodegeneration may be occurring and wake people up to the possibility of improving their lifestyle. A healthier diet and an increase in physical exercise are always a good start. ZRT is one of very few labs to offer a serum test for BDNF. In addition, serum testing for hormonal imbalances such as low sex hormones (estradiol, progesterone, testosterone) or persistently high cortisol in combination with BDNF may provide valuable information for treatment strategies to help prevent or slow the progression of Alzheimer’s.

For more information about serum testing for BDNF, sex hormones, and cortisol contact ZRT Laboratory at info@zrtlab.com or 866.600.1636.