Gadolinium – A Toxic Rare-Earth Element That Isn’t So Rare 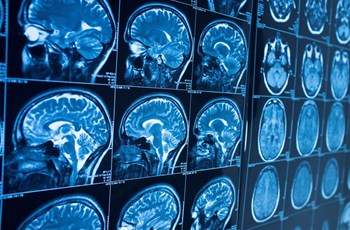 Gadolinium is a rare-earth heavy metal that most humans will have little exposure to. The designation of “rare-earth” element is misleading as it has a very common medical use: gadolinium-based contrast agents (GBCAs). GBCAs were first approved in 1988 to help make diseased tissues look brighter or darker during Magnetic Resonance Imaging (MRI). In 2017 nearly 40% of MRIs used GBCAs, and it is estimated that over 450 million GBCAs have been administered worldwide since 1988 [1]. While most gadolinium is flushed from the body following an MRI exam, new research suggests extended retention in multiple organs, leading to potential health issues.

Gadolinium is bound to a ligand (an ion or molecule that binds metals) to create the GBCA. It is believed this chelated form of gadolinium is non-toxic and has a very short half-life in the body. There are two types of GBCA; linear and macrocyclic. Macrocyclic GBCAs cage gadolinium in the ligand while linear GBCAs do not. The stability of GBCAs isn’t completely related to its structure. Typically, extra ligand needs to be added to linear GBCAs during storage to prevent the release of free gadolinium, while macrocyclic GBCA can be stored without additional ligand. Each GBCA is chosen based on the tissue or organ being examined. Macrocyclic GBCAs are excreted in urine while linear GBCAs are excreted in urine or urine/bile. GBCAs have a half-life of about 1.5 hours if renal function is normal, and around 90% of the total dose is excreted in 12 hours [2][3][4]. A single dose of GBCA contains 1-2 g of gadolinium [5].

Release of Gadolinium from GBCAs

Free gadolinium (Gd3+) is a very toxic heavy metal because its ionic radius is very similar to that of calcium. Free gadolinium can block calcium channels and inhibit nerve transmissions, muscle contraction, blood coagulation, and mitochondrial function [10][11][12][13]. Gadolinium can also replace calcium in bone [14]. Studies on rats showed that only 1-3% of injected free gadolinium is excreted daily with a majority deposited in bone, kidney, and liver [15]. Even though GBCAs are considered safe, there is still the possibility that some of the dose will de-chelate to free gadolinium, especially with linear GBCAs. A condition called Nephrogenic Systemic Fibrosis (NSF) was linked to the use of GBCAs in patients with renal insufficiency. NSF results in free gadolinium accumulation in the kidney, heart, bones, lungs, and skin, usually resulting in death [16]. The half-life of GBCAs is significantly increased in renally impaired patients, resulting in a greater release of free gadolinium due to the contrast agent remaining in the body for a longer period. The onset of symptoms from NSF is usually weeks to months, but in some cases has occurred years after administration [17]. Once this connection was made, screening for renal insufficiency became an important part of GBCA administration. There has been a major shift moving away from linear GBCAs due to de-chelation concerns [18].

Gadolinium accumulation in aquatic environments is concerning. High levels of administered GBCAs are excreted in urine and flushed down the toilet, especially at hospitals. Gadolinium is only partially removed during water treatment, and there is concern that the treatment process may de-chelate gadolinium from its ligand. A study looking at waste water released into aquatic environments around hospitals measured gadolinium levels from 100-1000 µg/L in surface water (normal background is 1-4 ng/L) [19]. Another study showed that surface water gadolinium in San Francisco Bay has increased 10-fold in 20 years [20].

New research using autopsy specimens from patients receiving GBCAs in 2015-2016 revealed gadolinium accumulation in brain tissue [21][22][23]. Deposition in the brain can occur with both macrocyclic and linear GBCAs, but linear GBCAs seem to deposit more gadolinium [24]. It is still unclear whether gadolinium is in the free or chelated form and how it is transferred to the brain. The Pharmacovigilance and Risk Assessment Committee of the European Medicines Agency recommended the discontinuation of four linear GBCAs in 2017 [25]. The FDA acknowledged that GBCAs are retained in the body, including the brain, requiring new patient medication GBCA guides to help inform patients.

A small percentage of patients claim to have symptoms similar to those seen with Nephrogenic Systemic Fibrosis following GBCA administration. These symptoms are more frequently reported in patients receiving multiple GBCAs in a short period of time. This has been coined Gadolinium Deposition Disease (GDD), and symptoms include thick skin, digestive problems, headaches, brain fog, hearing and vision irregularities, burning sensation, itchy skin, hair loss, nausea, and trouble breathing. A patient advocate group, The Lighthouse Project was created in an “effort to increase awareness of the effect of Gadolinium Toxicity.”

Natural gadolinium exposure is very rare and most people that have never received a GBCA will only show trace levels in urine. Urine is the best marker for gadolinium as it is primarily excreted via the kidneys, and because it is rapidly cleared from blood circulation so blood levels are not a good indicator of gadolinium retention in the body. Urine gadolinium levels are very high after GBCA administration, and gradually drop close to zero after many years. Gadolinium excretion is highly correlated with the time passed since the last GBCA administration, but some people excrete it faster or slower than others. ZRT Laboratory offers a dried urine test for gadolinium along with other heavy metals that is sensitive into the low parts per trillion (PPT).

[18] Runge VM. Safety of the Gadolinium-Based Contrast Agents for Magnetic Resonance Imaging, Focusing in Part on Their Accumulation in the Brain and Especially the Dentate Nucleus. Invest Radiol. 2016;51:273-9.