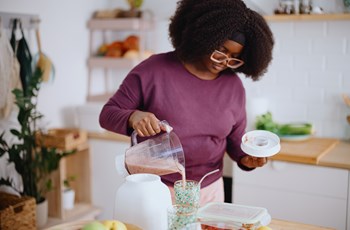 We are living in an age of insulin resistance. Excessive intake of calories and refined carbohydrates, decreased physical activity, and chronic stress increase insulin secretion and decrease insulin sensitivity. This creates a vicious circle of requiring more and more insulin to shuttle glucose into cells. Years or possibly even decades before the elevations in blood glucose and hemoglobin A1C associated with type 2 diabetes, fasting insulin increases, and this high insulin is at the core of metabolic syndrome and polycystic ovary syndrome (PCOS). Recently published research suggests that insulin resistance also doubles the risk of major depressive disorder, which will be discussed in part two of this blog. (1)

In the quest to disrupt this cycle of increasing insulin resistance and prevent future disease and complications, some of our most powerful and fast-acting tools are insulin sensitizing agents, both natural and pharmaceutical such as metformin, thiazolidinediones, berberine, and inositol.

This post will focus on inositol, a carbocyclic sugar found in a wide range of mammalian tissues, with higher concentrations in the heart and brain. Although it was historically known as vitamin B8, inositol is now considered a sugar alcohol. Of the nine different isomers of inositol, the most abundant in the human body are myo-inositol and D-chiro-inositol. Because it can be synthesized from glucose by the kidneys and liver, inositol is not considered an essential nutrient.

Numerous clinical trials and meta-analyses have evaluated the effectiveness of inositol therapy for conditions including metabolic syndrome, polycystic ovary syndrome, and fertility.

Inositol acts as a second messenger - or intracellular signaling molecule - throughout the endocrine system and in the brain, relaying signals within the cell from an extracellular hormone such as insulin or from a neurotransmitter such as serotonin. Its ability to influence metabolism, hormone production and signaling, ovarian function, and neurotransmitter balance have sparked interest in the potential benefits of inositol as a nutritional supplement. Within the last few years alone, numerous clinical trials and meta-analyses have evaluated the effectiveness of inositol therapy for conditions including metabolic syndrome, PCOS, and fertility.

Inositol for PCOS – Does it Work?

The most frequent question providers and patients have about any nutritional supplement is, “Does it work?” Depending on the particular nutrient and indication, that research hasn’t always been done. But in the case of inositol for PCOS, a 2022 review of nine randomized controlled trials (RCTs) and 612 patients concluded that myo-inositol appeared to be equally effective to metformin in lowering total testosterone and increasing sex hormone-binding globulin, but myo-inositol was actually more effective in lowering triglyceride levels and had fewer side effects. (2)

An additional RCT published the same year also found similar effects of metformin and myo-inositol on body mass index (BMI), body composition, hormonal profile, metabolism of glucose and insulin, and levels of adiponectin, a hormone associated with increased fat burning. There were no significant differences between the two treatments in women with PCOS. (3)

What About Teens with PCOS?

A recent study focusing on lean teenagers with PCOS compared treatment with an oral contraceptive containing drosperinone/ethinyl estradiol with myo-inositol or a combination of the two. In this case, researchers found a differential benefit within two different age groups. For teens aged 13-16 years old, myo-inositol alone exhibited a significant decrease of weight and BMI, and an effective improvement in metabolic and hormonal parameters. This is helpful evidence for parents and providers of younger teens who may not desire or feel ready for hormonal contraceptives to manage PCOS symptoms.

In the older teenagers aged 17-19 years, myo-inositol treatment in combination with the oral contraceptive pill was found to be most effective for preventing increases in weight and BMI, and for improving the metabolic profile of the patients and the hormonal parameters analyzed. (4)

Could Inositol Improve Fertility in PCOS?

When it comes to fertility, the most comprehensive and controlled data collection occurs in the setting of assisted reproductive technology, specifically in vitro fertilization (IVF). Fortunately, we can extrapolate that the benefits found in such studies may extend to those seeking to become pregnant naturally as well.

The most frequent question providers and patients have about any nutritional supplement is, “Does it work?” Depending on the particular nutrient and indication, that research hasn’t always been done.

While some studies have suggested that pretreatment with inositol may improve clinical pregnancy rates in women undergoing ovulation induction for intracytoplasmic sperm injection ICSI or IVF-embryo transfer [ET] (5), up until recently there has not been enough high-quality evidence of a benefit for sub-fertile women with PCOS undergoing IVF, when compared with standard of care (6). However, a new 2022 study suggests that 2g twice daily of myo-inositol is as beneficial as metformin 850mg twice daily in reducing the risk of ovarian hyperstimulation syndrome, and myo-inositol showed a significantly higher clinical pregnancy rate in PCOS women undergoing gonadotrophin-releasing hormone-antagonist cycles. (7)

Some reproductive endocrinologists have expressed concern that inositol may be inappropriate for women with non-classic PCOS or infertility who already have normal to low androgens, as these may be lowered further while using inositol. An adequate level of the androgens DHEA and testosterone are needed to maintain fertility as well as libido. 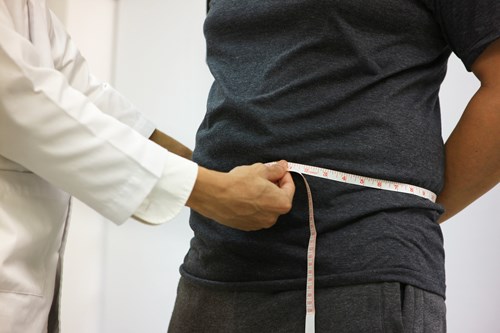 Inositol has been researched for benefits on several of the diagnostic criteria for metabolic syndrome, including:

Menopause is associated with a redistribution of body weight and increased waist circumference, and after menopause women are at higher risk for cardiometabolic diseases including metabolic syndrome, type 2 diabetes, and cardiovascular disease.

In a study of 80 outpatient postmenopausal women affected by metabolic syndrome, women were randomly assigned to receive either myo-inositol 2g twice daily or placebo, in addition to a low-energy diet intervention. After 12 months of treatment, the myo-inositol group showed a significant improvement in serum glucose, insulin,  homeostasis model assessment of insulin resistance (HOMA-IR), triglycerides, total and HDL cholesterol, and blood pressure compared to the control group, although notably, BMI and waist circumference did not improve. 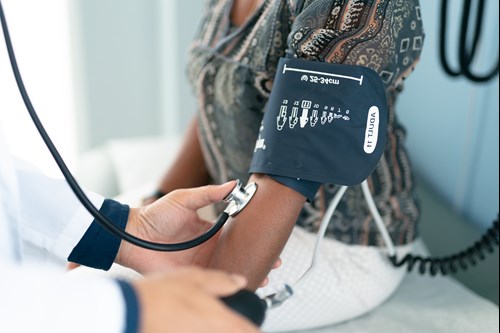 By the end of the study, eight women (20%) in the myo-inositol group no longer met the diagnostic criteria for metabolic syndrome, while in the control group, only one woman no longer had the metabolic syndrome after 12 months of diet. (11) This study highlights some key takeaways for providers and patients about both the difficulty of losing weight after menopause, and the fact that insulin resistance and metabolic syndrome can be improved or reversed anyway.

In part two of this blog, we will be discussing inositol supplementation and recent research in mood disorders.