Preventing and Protecting Against COVID-19 – Is Selenium the Answer? 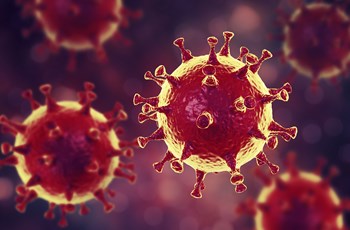 It seems like there is an endless loop of stories these days about new viruses and the spread of disease. There is no doubt that as the human population increases and the space between us decreases, we will only experience more of these events in the future. While the world waits on new vaccines, one solution to slowing or preventing the spread of viruses may be something as simple as adequate selenium nutrition.

How Selenium Protects Against Viral Infections and Mutations

Adequate selenium nutrition should be considered as a defense against viral infectious diseases.

Selenium is an essential micronutrient that is important for immune response, thyroid health, oxidative damage prevention, and many other functions. Selenium from our diet replaces a sulfur atom in the amino acid cysteine to form selenocysteine, which is then incorporated into selenoproteins. There are 25 known selenoproteins, with most of them exhibiting antioxidant properties such as glutathione peroxidase (GPx). Viruses produce reactive oxygen species (ROS) which are combated by GPx and other selenoproteins to slow down viral replication and mutations [1,2]. Studies using mice have shown that viral symptoms and infection times are more severe when dietary selenium is deficient, and that low selenium intake results in decreased GPx activity [3,4]. While selenium may not be the only nutrient that slows or prevents viral damage and mutation, adequate selenium nutrition should be considered as a defense against viral infectious diseases.

A publication from 2011 [5] links the evolution and spread of viral infectious diseases (HIV/AIDS, influenzas, SARS, Ebola, Swine Flu, Bird Flu) to areas where soil selenium levels are lower. A map in the article overlays areas of soil selenium deficiency with the origin of new viruses. Countries like China, where selenium-deficient soil is widespread and city populations number in the millions, are most susceptible to viral evolution and spread.

Excessive arsenic and mercury exposure can deplete selenium because of their high affinity for each other, leaving little selenium left to perform all its essential functions. In areas with elevated environmental and/or industrial levels of heavy metals, selenium sufficiency becomes even more important. Arsenic from well water and mercury from coal fired power plants and seafood are some of the greatest dangers.

How Can We Ensure Selenium Adequacy?

ZRT Laboratory has a blood spot and dried urine test for selenium and other essential and heavy metals run by inductively coupled plasma mass spectrometry (ICP-MS), the gold standard in element analysis. Blood tells a different story than urine, which is why we recommend testing both sample types for selenium. Elements such as zinc, copper and iodine are also involved in immune system health and should be monitored simultaneously. ZRT has been involved in research projects spanning the globe because of the collection and shipping ease of dried sample collections, and we have seen first-hand where selenium deficiency is a serious problem. Luckily in the United States we have many foods fortified with selenium, and selenium sufficient soil in the heartland where grains are primarily grown. While selenium supplementation is an effective way to increase selenium intake, too much selenium can also be dangerous. Learn more about selenium sources, daily intake, and selenium deficiency/excess.