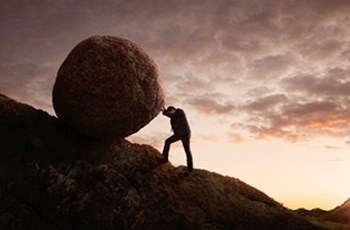 Traumatic stressors are defined by the direct experience, witnessing of, or confrontation by an event involving actual or threatened danger, and they evoke responses that include intense fear, helplessness or horror. On a national and global level 2017 was peppered with one disaster after another. There has been a palpable sort of post-traumatic stress permeating the nation. On the heels of the catastrophic storms, life-altering fires and manmade events, re-visiting what allows some people to bounce back more quickly than others after trauma may shed light on important, emergent assessment criteria.

As with many mood disorders, a multi-modal approach to treatment often yields the best outcomes. PTSD is no different in the sense that resolution or modification of this anxiety disorder relies on a combination of proper assessment and management. Understanding the impact of PTSD at a neurobiological level has relevance in personalizing treatment of this condition. Proper testing to evaluate neurochemistry and hormones can offer an advantage in both assessment and more targeted treatment options.

The Sympathetic Nervous System and HPA axis are both activated as part of the stress response and work in concert to promote adaptation, or allostasis, by enabling organisms to adapt to changing conditions in their environment [2]. In considering the neuro-endo cascade as it relates to high stress, we often consider the big players to be cortisol, norepinephrine, and epinephrine. During stress and trauma, the “fight or flight” response is activated - epinephrine increases your heart rate so you can move fast. Norepinephrine sends blood to large muscle groups and the lungs, and pupils dilate. Cortisol is released, which over time suppresses the immune system.  Emotions intensify and, as the limbic and endocrine systems go into full speed, the executive functioning of your brain decreases (frontal lobe blur), and the reptilian brain takes over.

Key brain regions get flooded with signals from hormones and neurotransmitters. Two critical areas of the brain that manage the incoming stressor and cascade of hormones (and neurotransmitters) are the hippocampus and the amygdala. Small but mighty, the amygdala is amazingly powerful. When amygdala neurons fire intensely, a physical stress response is triggered in the body. After the amygdala sends a distress signal, the hypothalamus activates the sympathetic nervous system by sending signals to the adrenal glands. Conditions such as anxiety, depression, post-traumatic stress disorder, and phobias have been linked to abnormal functioning of the amygdala. The amygdala orchestrates the fear/emotional response to an experience and sends signals to the brain stem. During this "survival trigger" the prefrontal cortex (executive function) is bypassed.

The evolving research on PTSD reveals its complexity and system-wide effects. Supporting the inhibitory and HPA systems and managing excitatory overdrive are critical cornerstones of treatment. It has been suggested that alterations in norepinephrine, epinephrine, and serotonin may have relevance for symptoms commonly seen in survivors of trauma who have PTSD, including hypervigilance, exaggerated startle, irritability, impulsivity, aggression, intrusive memories, depressed mood, and suicidality [3].

Cortisol is prototypically the stress hormone as both physical and psychological stress leads to cortisol elevation in the blood and brain [4]. Yet the relationship of cortisol to PTSD has been varied. Early work with people who had survived years after extensive chronic trauma in the Holocaust found that they had lower than normal cortisol levels [5]. This was a paradox as trauma elevates cortisol, but it now seems that this low level may either reflect some compensatory response to the elevated cortisol at the time of the trauma or be a phenotype that assists people in resisting the effects of stress. Studies of acute trauma show elevations of cortisol [6], and that higher plasma cortisol correlates with symptoms of PTSD [7].

In many of the findings the levels of norepinephrine in relation to cortisol proved important. Cortisol alone was not as predictive as the combination of norepinephrine to cortisol levels in defining PTSD. From the research, it appears that low cortisol levels, together with high catecholamines, may reflect a late event in the natural history of the disorder, months or years after the trauma [8].

Across a lifespan, the continued ability to respond to stress appropriately is a critical component to maintaining optimal health [9][10][11].

Because of its multiple roles in regulating arousal and autonomic stress responses, as well as promoting the encoding of emotional memories, norepinephrine has been a central focus of many studies investigating the pathophysiology of PTSD [12].

Cortisol in Relation to Norepinephrine, Epinephrine

Evaluating the diurnal rhythms of epinephrine and norepinephrine, along with the circadian rhythm of cortisol, may help identify specific imbalances in an individual’s response to stress, and how the body adjusts sympathetic nervous system parameters accordingly. (- Kate Placzek)

With the refinement of diurnal neurotransmitter testing and hormones testing there is now a way to measure markers, which gives insight into the biology of an individual’s system-wide response to trauma.

This lends encouragement for exploring multivariant strategies, using hormonal ratios, in an effort to increase the diagnostic sensitivity of neuroendocrine criteria in the assessment of psychiatric patients [13].

Glutamate is the major excitatory neurotransmitter in the brain and a key neurotransmitter in memory formation. It plays a crucial role in the human stress response and probably in the pathophysiology of PTSD. Release of glutamate leads to the long-term changes in synaptic plasticity that ensure memory is encoded, whereas GABA receptor activation inhibits this, which is why benzodiazepines lead to amnesia. Other neurotransmitters, especially noradrenaline, may also play a facilitatory role, especially in traumatic memories [14].

GABA is the brain's major inhibitory neurotransmitter. It suppresses stress-induced actions of the amygdala. GABA receptors within the amygdala inhibit glutamatergic excitation.

The serotonergic system has important interactions with the adrenergic, glutaminergic, GABA, and dopamine systems. There also appears to be a synergistic interaction between 5-HT-1-A and GABA receptors with regard to acute stress and PTSD. Research supports that SSRIs and serotonin support may be just one component/consideration of PTSD treatment.

During uncontrollable stress, amygdala activation produces prefrontal cortex dopamine release. Whether or not DA metabolism is altered in PTSD remains unclear, though genetic variations in the DA system have been implicated in moderating risk for PTSD [12].

Human beings are more than just the working of our automatic brain, and volumes of research support that the power of neuroplasticity makes it possible to change brain structure and function throughout your lifespan. The brain circuits, while influenced by our early experiences, are capable of changing throughout our lives. Mindset, behaviors and stress are never fixed. In addition to neurobiological considerations, building resilience during times of stress, natural disasters and life-altering events is critical. As we welcome in a New Year let’s remember that a sense of community, personal support systems, proper sleep, nutrition, regular exercise and individual assessment of our stress response can all empower us to better withstand more critical times of stress.

[8] Pervanidou P, et al. The immediate and long-term impact of physical and/or emotional stress from motor vehicle accidents on circulating stress hormones and adipo-cytokines in children and adolescents. Stress. 2008;11(6):438-47.