Reverse T3 – Why It’s Not Useful for Routine Thyroid Testing 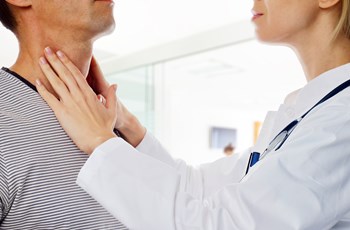 When getting to the root of health issues by accurate laboratory testing of hormones and other analytes, it’s important to distinguish theories from facts and make sure that our interpretation of the science is valid and corresponds with what is seen clinically. This month, as the weather and the time of year put us in the middle of winter, let’s take a critical look at a hormone sometimes referred to as the “hibernation hormone,” reverse T3 (rT3), and how it fits into the picture of thyroid function.

Both circulating and intracellular thyroid hormone levels are controlled by a complex, highly regulated system involving three iodothyronine deiodinases (known as D1, D2, and D3), which selectively remove iodine atoms to create the different hormones. The activities of these enzymes are regulated by hormonal and nutritional factors (notably selenium adequacy) and physiological conditions, all of which act in concert to maintain thyroid health.

For a closer look at the deiodinases and how they determine thyroid hormone availability, see our earlier blog on this topic and good reviews [1][2][3][4].

“Hibernation Hormone” is a Misnomer

It turns out that the term “hibernation hormone” is inappropriate when describing reverse T3. Reverse T3 has been described as such because higher levels are associated with some conditions characterized by a reduction in the metabolic rate. These conditions include starvation or extreme carbohydrate restriction [5]; chronic heart failure – particularly when associated with permanent atrial fibrillation [6]; and non-thyroidal illness syndrome (also called “euthyroid sick syndrome” or “low T3 syndrome”) that is seen in critical illness, very elderly patients, chronic stress, myocardial infarction, and chronic inflammatory states [7]. Altered intracellular thyroid hormone metabolism results from metabolic changes caused by the condition itself, and it is these changes in expression of the deiodinases that induce the rise in rT3.

No Effects of rT3 on Nuclear Thyroid Receptors

Since high rT3 is linked with conditions associated with slow metabolism, it has been claimed in internet articles, but not in peer-reviewed papers, that rT3 causes a slowing in metabolism by blocking or obstructing the nuclear thyroid receptors. These receptors are the target sites where the primary active thyroid hormone, T3, binds, triggering its actions to drive cellular metabolism and maintain body temperature. Yet there is no credible scientific evidence that rT3 even enters the nucleus of the cell. While rT3 does not bind to, and has no known transcriptional activity at, the thyroid receptor, it does have potent non-genomic activity, mediated by binding to a specific thyroid receptor in the cytoplasm, as an initiator of actin polymerization in astrocytes in the brain [8][9]. Actin polymerization is important to cell structure and motility, as well as to normal brain development.

Diagnostic Value of High Levels of rT3 Relative to T3

How do the metabolic changes associated with severe illnesses, as described earlier, result in high rT3 levels? As explained in our earlier blog, reactivation of the D3 deiodinase and downregulation of the D1 deiodinase result in increased rT3 formation and reduced rT3 clearance, while at the same time reducing T3 synthesis from T4. Metabolic conditions created by macronutrient restriction affect the expression of D1 and D3 in this way and thus have a profound impact on circulating levels of T3 and rT3 and the T3/rT3 ratio. This ratio therefore has been found to have some value in assessing prognosis in severely ill [10] or very elderly patients [11]. However, there is no clinical basis for the use of this ratio in routine thyroid function assessment in non-critically ill people.

In some patients being treated with exogenous thyroxine treatment, elevations in serum rT3 have been seen, but this can be a result of cross-reaction of T4 in immunoassays for rT3, resulting in a false increase in rT3 in the presence of high serum T4. Mass spectrometry testing for rT3 avoids this issue and is more reliable. Also, in a study in euthyroid subjects receiving thyroxine a rise in rT3 was seen and interpreted as a result of increased substrate availability for peripheral inactivation of T4 [12]. Interestingly, elderly patients may potentially have an adaptive response that reduces thyroid hyperactivity at the tissue level or have a type of non-thyroidal illness with consequent reactivation of D3, both causing increased T4 inactivation via conversion to rT3; older hypothyroid patients may therefore require lower thyroxine replacement doses [13].

The Bottom Line – Is the rT3 Test Useful?

There appears to be little clinical justification for routine testing of rT3 for thyroid function assessment [14]. The main applications of an rT3 test are as a prognostic/diagnostic indicator in non-thyroidal illness syndrome or to monitor patients receiving amiodarone, which inhibits liver type 1 deiodinase activity and increases rT3 relative to T3. A healthy balance of rT3 and T3 levels can be maintained and thyroid function kept optimal with proper nutrition – avoid extreme dieting or severe carbohydrate restriction which create a starvation signal; normal iodine and selenium levels (assessed with dried urine testing); and avoidance of excessive stress.