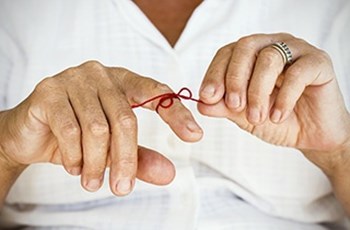 Many women going through menopause start to see changes in their ability to remember things. Women can find this very worrying; such symptoms are not unlike early signs of dementia, or even Alzheimer’s Disease.

However, age-related memory impairment is quite common and can be explained in part by hormonal changes, in particular loss of estrogen, and it involves a small part of the brain that resembles a seahorse.

The name “hippocampus” is actually the Latin word for seahorse.

The hippocampus is located in the temporal lobe of the brain and is a component of the limbic system. Although referred to in the singular we actually have two of them, arranged symmetrically one on each side of the brain. It plays an important role in the transfer of short-term memory to long-term memory, and in the formation of new memories.

Anterograde amnesia, the loss of the ability to form new memories, is seen in people with damage to both hippocampi. It’s also important for spatial memory and navigation, like an inner GPS – the 2014 Nobel prize in Physiology or Medicine was awarded for the discovery that the memory of an environment is stored as a specific combination of “place cell” activities in the hippocampus. Interestingly, the hippocampus is also one of the first areas of the brain to show damage in Alzheimer’s disease.

As we age, fewer new neurons are formed in the brain, so our ability to learn and form memories results from the strengthening of connections between existing neurons rather than the formation of new ones. The modulation of neural connections is referred to as synaptic plasticity. Enhancement of synaptic plasticity that persists in response to a recent stimulus is called long-term potentiation (LTP). LTP is believed to be the process by which memories are stored, and so it is an important aspect of hippocampal function.

So where do hormones come in? Local steroidogenesis of testosterone, dihydrotestosterone, and estradiol (E2) from cholesterol occurs in hippocampal neurons, resulting in much greater levels of these hormones in the hippocampus than in the circulation. This local supply of androgens and estrogens is essential for influencing synaptic plasticity, through a number of mechanisms mostly involving E2 activity at estrogen receptors [1].

Estradiol increases synaptic plasticity both slowly, via classical nuclear estrogen receptors (ERα and ERβ), and rapidly, via ERα and ERβ located in the synapses, the area in between neurons where they communicate. The local synthesis of E2 from androgens requires aromatase activity; patients undergoing treatment with aromatase inhibitors, such as postmenopausal women being treated for breast cancer, therefore have a reduced E2 synthesis and subsequent decrease in hippocampal E2 levels, and could therefore be more likely to experience thinking and memory problems. However, available evidence from clinical trials for such effects is currently not conclusive [2].

The ability of E2 to exert beneficial effects on synaptic plasticity and cognitive function declines with advancing age, and this is because estrogen receptor expression decreases with age [3]; it also has to do with the relative expression of ERα and ERβ. Experiments in mice have suggested that supraphysiological E2 preferentially increases synaptic ERβ, which, along with the age-related decline in ERα, decreases the ratio of ERα/ERβ. This imbalanced ratio impairs transcriptional processes that preserve cognitive function, including those involved with neuroprotection and synaptic plasticity. Thus, treatments to enhance ERα expression relative to ERβ could preserve cognitive function even as E2 levels decline with aging [4].

The age-related loss of hippocampal brain tissue is significantly greater in females than males, and this is related to low E2, since E2 acts as an antioxidant and protects the hippocampus from ischemic stress damage [5]. Estrogen replacement can protect against this loss early in menopause; however, if estrogen replacement is started too late, this cannot restore hippocampal tissue that was already lost.

In women aged 65 or older, higher endogenous, bioavailable (non-protein-bound) E2 levels have been found to be associated with a reduced likelihood of cognitive impairment assessed with a modified mini mental status examination [6]. However, estrogen replacement therapy was found to have no benefit for cognitive health in older postmenopausal women in the Women’s Health Initiative Memory Study (WHIMS), but transdermal E2 and progesterone given earlier in the postmenopausal period has been found to be beneficial in protecting against cognitive deterioration [7].

Are Women at Greater Risk of Alzheimer’s Disease than Men?

The short answer is no. Although there is a higher prevalence of AD in women compared to men, which some have assumed to be linked with the loss of estrogen after menopause, the explanation is that older age is the single greatest risk factor for AD and women tend to live longer than men. Women are simply more likely than men to reach an age where risk of developing AD is highest; however, they are not more likely than men to develop AD at any given age [8].

Menopause & the Brain – Where are We Now?

It’s clear that hormones play an important role in brain function and neuroprotection. Hormone replacement started early in the menopause, known as the “window of opportunity” hypothesis, can make a difference in preserving functions like memory and preventing the onset and progression of neurodegenerative processes.

However, the neurobiological science underlying these processes is still in its infancy, and studies of how hormone replacement therapy and its timing affect the incidence and progression of neurodegenerative and psychiatric diseases are few. Research in this area is ongoing, and we can hope that proper guidelines emerge for appropriate timing, delivery methods and dosages of hormone replacement to optimize the preservation of brain function in women as they age. 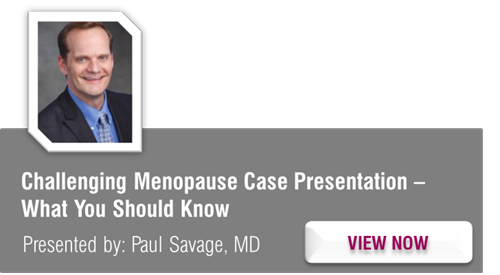