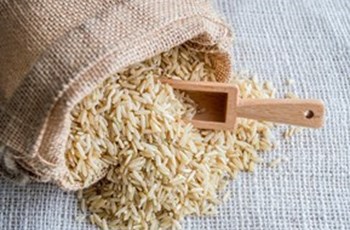 Another similar study in 2006 revealed that vegans and vegetarians have an increased cadmium body burden in comparison to those following normal diets. [2]

So why do gluten-free, vegetarian, and vegan diets increase the risk of heavy metal exposure? Increased consumption of two foods that are staples for all cultures around the world are the primary culprits: rice and green leafy vegetables.

Rice is by far the most commonly consumed food in the world. It can be made into numerous products such as bread, crackers, cereals, pastas, and beverages using processed rice flour and starch. Rice is normally grown in flooded fields so that competing plants are drowned out, but the water and soil may be contaminated with heavy metals from industrial pollutants and/or fertilizers. Well water used for irrigation can also contain naturally high levels of heavy metals such as arsenic that are readily absorbed by the plant. Rice paddies are an ideal environment for sulfur-reducing bacteria that are capable of converting less toxic inorganic mercury into very toxic organic mercury. People strictly following a gluten-free diet are primarily consuming rice and rice-based products due to its substitution into products in place of wheat, oat, rye, and barley, increasing their chance of exposure to heavy metals such as arsenic, cadmium, lead, and mercury.

Green leafy vegetables are also potentially a heavy metal source for those with high vegetable intake. Cadmium present in soil from pollution or natural sources is efficiently taken up by green leafy plants. Although absorption of cadmium in the gut is low, its half-life of over 20 years in the body results in steady buildup over time. A study revealed that blood cadmium levels were around 6x higher in vegans and 3x higher in vegetarians due to increased vegetable consumption in comparison to those eating a standard diet. [2] Interestingly enough, a population study showed that women with a postsecondary education who consume a diet high in vegetables and whole grains were exposed to higher amounts of cadmium. [3]

What is the Food and Drug Administration Doing?

The Food and Drug Administration (FDA) oversees food imports from foreign countries along with food from domestic sources, but tests less than one percent of imported food, primarily for food borne pathogens and spoilage. International importers must register with the FDA, comply with regulations, and allow inspections in order to import food into the United States. A very small percentage of domestic and imported non-seafoods are tested for lead, but not other heavy metals like cadmium, arsenic, and mercury. There are currently no requirements to list heavy metal concentrations on food labels.

It is impossible to know the level of heavy metals in food without laboratory testing, but making smart food choices can help reduce the risk of exposure. Consumer Reports released information on which brands of rice had the highest arsenic content and helped explain the differences between the many variations. Certain types of rice, such as white rice, contain lower concentrations of heavy metals due to the stripping of both nutrients and toxins during the milling process. Selenium is an essential nutrient that binds tightly with arsenic and mercury and help to prevents oxidative damage, so it is important to consume an adequate amount.

A couple of ways to reduce cadmium exposure are to make sure your diet has adequate zinc (competing element) and to avoid foods known to be high in cadmium. According to the FDA, the foods highest in cadmium are spinach, lettuce, potatoes, sunflower seeds and strawberries. If you eat out of a garden at home, consider testing your soil and water for heavy metals. Eating a well-balanced, varied diet can also help prevent excessive exposure from a single source.

It's relatively easy to find out if you are unknowingly being exposed to heavy metals, whether it is from food, environmental, or occupational exposure. ZRT Laboratory has developed dried urine and dried blood spot assays that measure arsenic, cadmium, lead, and mercury along with essential elements using the most suitable sample types for each element. Urine and blood samples can easily be collected at home and sent directly to ZRT Laboratory for analysis. Checking both blood and urine levels for heavy metals will help determine short and long term exposure to heavy metals, especially if a restricted diet is followed.