What You Need to Know about Stress, Hormones And Weight Gain 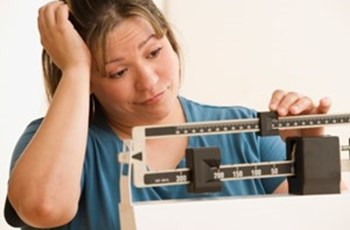 There’s a famous quote that strikes me as particularly appropriate for a conversation about stress. It speaks to what is most surprising about humanity:

I find the point being made to be poignant – especially when we think about the rapidly increasing obesity rates in today’s world.

Most medical experts cite obesity as our most urgent health problem. More than 65% of Americans are overweight to obese, and the numbers are still on the rise. This is in spite of the fact that we have spent billions of dollars on clinical research aimed at solving problems like diabetes, heart disease, high blood pressure, cancer, sleep apnea, and many others – all of which are associated with obesity.

Obesity increases free fatty acids, which leads to dyslipidemia, hypertension, and insulin resistance. This condition, collectively called metabolic syndrome, can progress to type 2 diabetes and/or cardiovascular disease. Obesity also causes mechanical stress to the body, resulting in sleep apnea, osteoarthritis, low back pain, and shortness of breath. Finally, all the hormones in the body become imbalanced as a result of excessive weight, and that can lead to multiple disruptions in hormone-dependent physiological processes, which in themselves contribute to further weight gain.

In the following paragraphs, I would like to focus my discussion on the hormone imbalances caused by obesity, and describe and discuss the hormones that have been implicated in weight gain and obesity, and the physiological reasons why fat accumulation affects hormone levels. At the same time, it is important to discuss the contribution of stress to obesity as cortisol (stress hormone) levels rise, promoting appetite dysregulation, increased blood glucose, and increased visceral fat storage.

The Bad News is Getting Worse

Current projections are that 74% of Americans will be in this category by the year 2020. What happened? Where did we go wrong? Is it that our lifestyles have changed so drastically? Are we eating differently? Is it the sugar consumption and/ or processed foods? Are we not as physically active as we used to be before? Are there any changes in our work habits that we need to look at carefully? Do we have increased lifestyle stress? The answer probably lies in a combination of all these factors, as people pay less and less attention to how their habits and lifestyles contribute to their health.

What can be done to rein in the escalation? How can we lose weight? Weight loss should be very simple according to the rule of calories consumed and calories burned; if we burned more calories than consumed, we should be able to lose weight very easily. Weight loss may not be too difficult for a motivated person who is willing to change their eating and exercise habits and reach a goal, but long-term weight management may be a challenge.

For proper weight management, it is extremely important to understand the role of the Hypothalamic-Pituitary-Adrenal (HPA) axis. Any type of stress can lead to HPA dysfunction and related disorders like Cushing’s syndrome, chronic stress, panic disorders, hypothyroidism, adrenal insufficiency, chronic fatigue syndrome, fibromyalgia, etc. Dysregulation of the HPA axis is a leading cause of metabolic problems that can contribute to body fat accumulation. Let us now look at the biochemical processes that are set in motion when the HPA axis is disordered and the end result is increased fat deposition.

The goal of the stress response, a key function of the HPA axis, is to maintain effective blood supply to brain, heart, and skeletal muscle, and to increase production of energy by stimulating gluconeogenesis (endogenous glucose synthesis) and ATP production, needed for the short term response to any chemical or mechanical stress to the body. The main components of the stress response system are the HPA axis and the sympathetic nervous system.

During a stress response, both CRH (Corticotropin-releasing hormone) and AVP (Arginine vasopressin) are secreted. AVP activates the noradrenergic neurons of the Locus Caeruleus/norepinephrine (LC/NE) system and CRH activates adrenocorticotrophic hormone (ACTH) release by the pituitary. The LC/NE system is responsible for the immediate “fight or flight” response, whereas ACTH drives the production of cortisol from the adrenal cortex. When high levels of cortisol are present, a negative feedback loop stops this pathway.

The glucocorticoid hormone cortisol is a major player in the stress response because of its role in temporarily shutting down all long-term metabolic processes to facilitate immediate survival and maintain homeostasis. Cortisol’s main job is to increase gluconeogenesis, decrease insulin sensitivity, reduce growth hormone production, lower thyroid hormones, and inhibit the immune response, while increasing fat and protein mobilization for energy needs.

Acute cortisol secretion by the adrenals during stress mobilizes peripheral amino acids from muscle as well as fatty acids and glycerol from peripheral fat stores to provide substrates for glucose synthesis by the liver. But when cortisol levels are elevated chronically, the functions that are intended for short-term responses to a stress stimulus are prolonged and this leads to changes in body fat distribution and especially increased visceral adiposity (belly fat), which creates several metabolic abnormalities leading to the conditions known as metabolic syndrome.

When cortisol levels increase under stress conditions, DHEA production also begins to decrease through “the pregnenolone steal.” In simple terms, this means that under chronic stress conditions, there is increased production of cortisol while other hormones with a common precursor to cortisol, like DHEA, progesterone, aldosterone, testosterone, and estrogens are depleted. If the stressor does not go away and the stress condition becomes chronic, then a phase of stress adaptation begins, characterized by decreased cortisol production, sometimes known as “adrenal fatigue.” The cortisol production further decreases until the stage when there is complete adrenal failure.

The Bottom Line on Stress & Weight

Food consumption also increases during this time as a result of interactions between neuropeptide Y (NPY) and melanocortins as well as leptin and insulin, all of which are consequences of disordered metabolism that goes along with obesity.

Leptin is secreted by adipocytes in proportion to body fat stores and its primary effect is to signal to the brain that there is enough fat in the body, so that food intake can be stopped. Normally, leptin inhibits NPY expression and secretion, thereby controlling the food intake. During chronic stress, excess cortisol enhances the NPY content and induces leptin secretion as well as leptin resistance, thereby inhibiting leptin-¬induced reduction of food intake. Therefore, increased production of cortisol actually induces overeating, worsening obesity despite elevated leptin levels.

Leptin interacts with thyroid hormones, in addition to many other factors, and thyroid hormones may modulate adipokine levels by regulating adipose tissue metabolism – a topic I’ll address in a follow-up blog post. We need to have a better understanding of thyroid hormone abnormalities and their effects on metabolic rate and body fat storage.

It is known that estrogens can influence energy intake and energy expenditure via hypothalamic signaling and play an important role in body weight, fat distribution, energy expenditure and metabolism. Also, obesity is frequently associated with low testosterone levels. Obesity-related hypogonadism is complex and involves many different factors, which lead to changes in body fat mass and further changes in adipokine release and inflammatory pathways.

In conclusion, we must be aware that the adipose tissue is involved in the metabolism of cortisol, and that chronic stress contributes to obesity and leads to a complete imbalance of several other hormones that are impacted by changes in cortisol production. Therefore, hormonal imbalance is a key feature of obesity, and understanding the mechanisms behind hormones and weight gain can help people struggling with obesity.