Why Should We Care About Estrogen Metabolites? 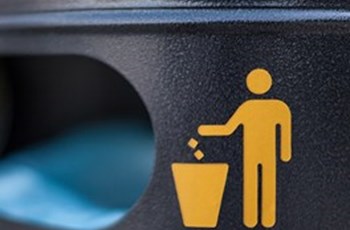 Practical Takeaway: The liver's ability to properly metabolize estrogens has been found to affect the risk of breast cancer. Depending on which of the metabolic pathways predominate, too much of certain harmful estrogen metabolites (e.g., 4-hydroxy estrogens) can build up - and these have been found to correlate with breast and other hormone-dependent cancers.

An Overview of Hormone Metabolites

The most important way for the body to get rid of waste products generated by cellular processes is via the urine. It's an efficient way to flush away (literally!) everything that is no longer needed and could be harmful if allowed to build up.

Some of these waste products derive from hormone metabolism. Hormones are the chemical messengers that act on target tissues throughout the body to maintain essential processes.

In some cases, highly active hormones are formed from their precursors as required by local metabolism in tissues. Homeostatic mechanisms ensure that active hormones are quickly cleared from the body as more are produced. However, the steroid hormones are lipophilic (i.e., "fat-loving") molecules that don't dissolve well in water, so they don't pass easily into urine.

Which is why metabolism kicks in to help rid the body of waste products. Specifically, steroid hormones are metabolized in the liver and kidneys by various enzymes to form water-soluble metabolites and conjugates that can then pass freely into the urine for elimination. The exception is cortisol, which is more water-soluble than the others and can pass into urine in its free form - when tested, it's known as "urinary free cortisol."

Unfortunately, things don't always go normally. The liver's ability to properly metabolize estrogens, for example, has been found to affect the risk of breast cancer. Depending on which of the metabolic pathways predominate, too much of certain harmful estrogen metabolites (e.g., 4-hydroxy estrogens) can build up - and these have been found to correlate with breast and other hormone-dependent cancers.

What can be done to send hormones down the right metabolic pathway? Foods rich in 3,3' Diindolylmethane (DIM) or indole-3-carbinol (I3C), such as cruciferous vegetables, shift metabolism towards 2-hydroxylation rather than 4-hydroxylation, producing less of the undesirable metabolites. Also vitamin B12, folic acid and foods such as onions, garlic and beets act as methyl donors which support methylation of the harmful metabolites - preventing them from causing the DNA damage that leads to cancer.

The Case for Testing Metabolites

Steroid metabolite testing in dried urine can determine whether harmful, cancer-inducing metabolites are being produced in excess. The dried urine test collected at specific time points during the day represents a complete, 24-hour window of hormone elimination. Because of this, it also shows deficiencies or excesses in overall hormone production and the formation of active metabolites in the tissues.

To learn more about the link between estrogen metabolism and breast cancer, as well as the methods used at ZRT to measure steroid metabolites in dried urine, watch the webinar Estrogen Metabolism & Breast Cancer Risk.