A Case Study for Menopause Awareness 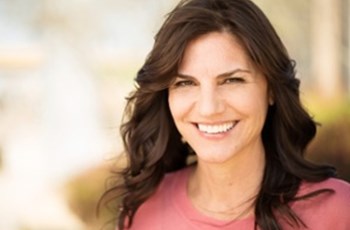 Looking for case studies on how neurotransmitter testing can help patients? Want to learn more about interpreting these tests?

We invite you to discover Dr. Kate’s Clinical Cases, a library of presentations, created by Dr. Kate Placzek, to assess patient issues with the aid of neurotransmitter testing. You’ll find case reviews on conditions including anxiety and depression, ADHD, PTSD, insomnia and many others – highlighting real patients and their results, ranging in age from children to post-menopause, as well as a veteran with PTSD.

Julia is a 51-year-old newly postmenopausal woman suffering from intense hot flashes and night sweats, as well as anxiety, insomnia, and stress. Dr. Smith presents a breakdown of the patient’s self-reported symptoms before going into the details of her test results – where she highlights the biochemical factors that explain both her symptoms and her observed results. Finally, she summarizes the whole picture and presents a suggested way to address the problems and help Julia get back into balance.

A Host of Hormone Imbalance Symptoms 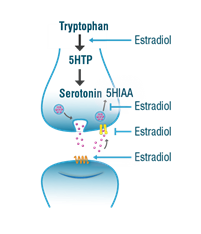 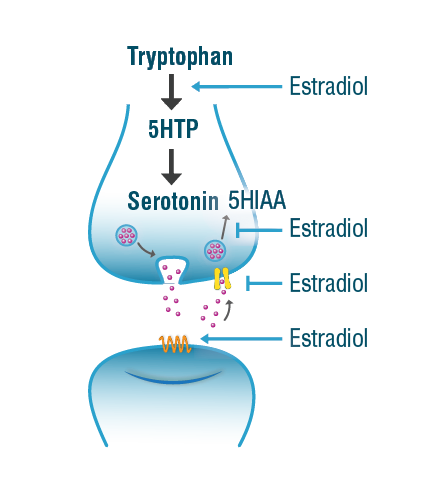 Dr. Smith shows how these self-reported symptoms are translated on the test report into 8 hormone imbalance categories – in this case, the main problem categories were estrogen dominance, estrogen/progesterone deficiency symptoms, both high and low cortisol symptoms, low androgen symptoms, and hypometabolism.

Julia had already tried multiple supplements in an attempt to address her own symptoms – these included elements like magnesium, calcium, selenium, zinc, and copper, as well as L-theanine and Rhodiola, vitamin D, fish oil, and some probiotics. Dr. Smith wanted to see if there was a better way to focus her supplement regimen based on her test results.

Julia’s test kit included a saliva hormone test as well as the dried urinary neurotransmitter testing. Her saliva hormone results showed low estradiol and progesterone, low DHEA, but higher than normal testosterone, which could relate to blood sugar issues in this case. Low estradiol and progesterone levels explained many of her menopause-related symptoms.

Julia’s serotonin levels were at the low end of the optimal range whereas levels of the serotonin metabolite 5-HIAA were high. Using the neurotransmitter pathway diagrams that are included in the test report, Dr. Smith shows that this suggests increased serotonin degradation. This is a common picture that we see in postmenopausal women, because estradiol helps maintain adequate serotonin levels by potentiating its synthesis and preventing its degradation.  Estradiol acts as a mild monoamine oxidase (MAO) inhibitor, thus maintaining enough serotonin for optimal mood and sleep and mitigates the depressive effects of increased serotonin breakdown. Low serotonin availability also contributes to menopausal symptoms of night sweats, hot flashes, and mood changes. The diagram on the right illustrates estradiol’s role in modulating serotoninergic tone.

Julia’s glycine and glutamate levels were also below optimal – these amino acids are needed for the production of glutathione, a major antioxidant in the body that normally counteracts oxidative stress. PEA was also lower than normal, which can contribute to brain fog and mental fatigue, and her DOPAC was higher than normal, indicating increased dopamine degradation with resulting negative effects on mood. Her low norepinephrine levels could also contribute to depression, low blood pressure, and fatigue.

Dr. Smith looks at each aspect of Julia’s test results and how they relate to her symptoms, going into detail regarding possible solutions to address them.

To address the hormone deficiency problems, if Julia is a good candidate, a hormone replacement therapy-based approach would involve estradiol and progesterone supplementation. A low dose of estradiol can be given as a patch, and dosage could be modified depending on how she does with the low dose. Estradiol would help slow the serotonin and dopamine breakdown and improve Julia’s sleep, while oral progesterone taken at night would promote sleep, due to its metabolism to the neuroactive steroid allopregnanolone, as well as help with estrogen dominance symptoms.

If hormone therapy is not an option, SSRIs (selective serotonin reuptake inhibitors) can improve serotonin availability and help with mood lability, hot flashes and night sweats (although won’t help with bone loss and vaginal dryness). There are also herbs, botanical MAO inhibitors that decrease serotonin breakdown, such as Curcumin and Passion flower.

For low PEA, vitamin B6, phenylalanine, and exercise can all help. Adrenal adaptogens can assist with low norepinephrine and overall HPA axis support, some of which (like Ashwagandha) are also effective for sleep issues.

Dr. Smith emphasizes the importance of support for general wellness, in particular a healthy Mediterranean diet, yoga practice, and biofeedback.

She also suggests additional testing for this patient, to include a thyroid panel to address the hypometabolism issues, and metabolic syndrome markers like HbA1c and insulin to detect any tendency towards prediabetes. She would also do a diurnal epinephrine and norepinephrine test, which would give more insight than the pooled total level in her current report into the adrenal connection to Julia’s sleep issues.