Are You Among the 80% of Americans Who Experience Adrenal Fatigue? 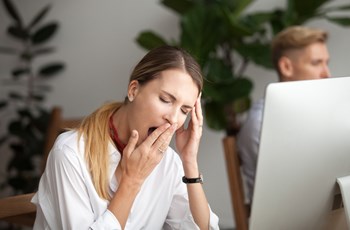 Following my recent re-reading of Dr. James Wilson’s 2001 pioneering book, Adrenal Fatigue: the 21st Century Stress Syndrome, I took his advice and for the first time in months slept in on a Saturday morning. That day there was such a difference in my energy I decided to go with another of his suggestions and took a short nap on Sunday. Again I felt much better; after a 15 minute doze I was energized without the usual evening crash.

As a health educator I know better than to subscribe to the ‘you snooze you lose’ approach to life, but catnaps or sleeping in have been a rare indulgence. I guess I always figured that as long as I slept 6-7 hours most nights, ate healthy, worked out and took plenty of vitamins, that I had nothing to worry about.

But upon my second reading of this eye-opening book, the wide ranging symptoms, causes and effects of adrenal fatigue hit me like a ton of bricks: I’m one of them; one of the estimated 80% of adult Americans who at some point in their lives will experience some level of adrenal fatigue.

A Condition that Can Wreak Havoc with Your Life

When the adrenal glands become fatigued typically as a result of prolonged, repetitive stress, their output of key regulatory hormones, particularly cortisol, 'the master stress hormone,' is diminished. Taxed adrenals may still function, says Dr. Wilson, but well below optimal level. That makes it tough to meet the demands of their job, and undermines the body’s ability to adjust to stress, stabilize blood sugars, and muster immune defenses against disease.

Dr. Wilson’s Symptom Checklist: Do Any of These Sound Familiar?

As a cause of what ails us, these telltale symptoms of adrenal fatigue are more often than not overlooked or misdiagnosed:

The more of these symptoms you have, and the more persistent they are, the more likely you are to be walking around with undetected adrenal fatigue. To turn that scenario around the resource section of the book points you in the direction of saliva testing to detect and help correct the problem.

An illness, life crisis or difficult, unresolved situation can drain the adrenal resources of even the healthiest person. Readers at risk will learn that certain factors including poor diet, substance abuse, too little sleep and rest, social, emotional, or physical pressures, injury, chronic pain, and/or exposure to environmental toxins can overwhelm the adrenals making us more susceptible to long term illness.

But you won’t be left hanging there, wondering "what next?" After reading Dr. Wilson’s book you will come away feeling like you just earned an honorary PhD on the adrenal glands and their life-preserving role in the body. You will be totally clued in to the symptoms, causes and effects of this ubiquitous disorder and what it really feels like to suffer from adrenal fatigue. And you will learn to recognize whether you are one of the 80 per cent, and what you can do to turn that equation around and stay healthy.

“Adrenal fatigue remains one of the most under-diagnosed illnesses in the U.S.; many physicians are still not familiar with it. That is why I wrote this book, because once recognized, adrenal fatigue can be treated. You can get better.” Dr. James L. Wilson, ND