Learning the Nuts & Bolts of BHRT 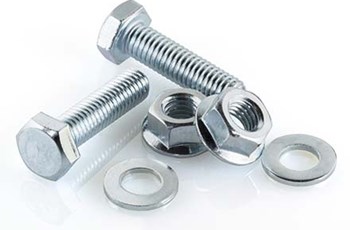 Back in 2002 when the bad news about hormones hit the headlines, millions of menopausal women stopped using HRT overnight and big-Pharma profits plummeted dramatically.

We've Come a Long Way - But Not Far Enough

But that was nearly 40 years after Feminine Forever, the 1966 bestseller written by Robert Wilson, a Brooklyn gynecologist, who redefined the natural state of menopause as a “disease,” that would rapidly age women and rob them of their femininity.

Unless they started taking estrogen replacement every day for the rest of their lives, Wilson warned, women were doomed to become “dull and unattractive crones that husbands would find difficult to live with.” Despite a lack of research to back up his claims, women and their doctors were persuaded that HRT was the cure to the “living decay” of menopause, and a billion dollar business was born.

So it came as something of a shock decades later, when WHI investigators revealed that Prempro*, the most trusted brand of HRT used in the study and by millions of menopausal women at the time, could not be trusted…that it was, in fact, putting women at risk for the very diseases of aging they’d been promised it would protect them against.

Inexplicably, hormone formulations of this kind had never been subjected to rigorous clinical trials of safety and efficacy until the WHI began investigating their health impacts in 1991.

(*a combination of Premarin, estrogens derived from the urine of pregnant mares, and Provera, a synthetic progestin)

In the wake of the WHI revelations, many women found themselves out in the cold, not knowing which way to turn for relief. Providers too were caught between a rock and a hard place: if they continued to recommend synthetic forms of HRT in the "one-size-fits-all" doses they were trained to prescribe, they’d be putting their patients at risk.

In the ensuing years, this has meant that many women still go untreated. “Many, many clinicians no longer prescribe hormones, or know how to prescribe,” says Dr. JoAnn Manson, director of the North American Menopause Society (NAMS), and one of the WHI’s lead investigators.

“This isn’t a good situation for women who are having severe menopausal symptoms; these patients are going to have trouble finding clinicians who can help them make the most informed decisions.”

A New Program is Born

Fast forward to Dr. Paul Savage, a physician on the frontlines of integrative medicine who’s made it his mission to train doctors in the art and science of natural hormone balancing. As a former ER doctor at one of Chicago’s largest trauma centers, he transitioned into integrative medicine after job stress took a toll on his health. He had ballooned to 257 pounds, a heart attack waiting to happen, but when he finally went to the doctor, diet or exercise or a plan for reducing stress never came up.

“All he did was hand me a prescription for Lipitor and anti-depressants…and I remember thinking, I just can’t believe this is the way I’m going to get healthy.”

It was a defining moment in his health and medical career. After quitting his practice in trauma care Dr. Savage connected with Dr. Pam Smith, a leading hormone expert and functional medicine doctor with whom he trained intensively. Working together, they developed one of the first national curricula to certify health care providers in Bioidentical Hormone Restoration Therapy (BHRT), an advanced model of care that eschewed synthetic hormones and “one-size-fits-all” prescribing for natural treatments tailored to need.

As one of the first physicians to graduate the program and after having certified hundreds of his fellow doctors, Dr. Savage is still driven by concerns that most doctors aren’t getting “the nuts and bolts of BHRT” they need to manage female patients effectively. Too many providers are still prescribing without testing, he says, “going by symptoms alone, or using the wrong lab tests which can lead to overdosing.”

His BHRT curriculum places great emphasis on the “how to” of appropriate dosing, delivery systems, and which labs are best for different types of treatment. Today, with 15 years of BHRT practice under his belt, Dr. Savage is committed to sharing his expertise with fellow physicians.

“If I had known when I entered this field what I know today, I could have helped my patients get better much faster. That’s why I do what I do.”

In his webinar, Dr. Savage reviews his most complex case study with participants and passes along a few Dr. Paul’s Pearls such as: “When she has symptoms and you do not know if the dose is too high or too low, then have her stop the hormones for a day. If she gets better give her less hormone; if she gets worse, she’s not getting enough!”

There’s plenty more to learn, so be sure to take advantage of this practical, hands-on webinar that will also address: 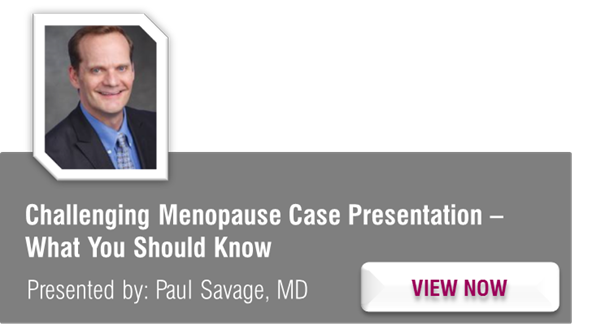