How Hormones Lead to Obesity 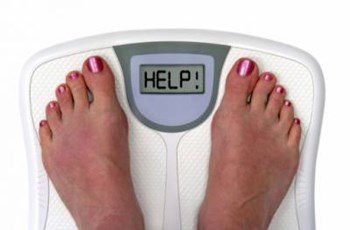 Practical Takeaway: Imbalances in estrogen, testosterone, progesterone and cortisol, brought on by such factors as aging, diet and the stresses of modern life, have contributed to the obesity epidemic.

Our bodies have also not adapted hormonally to the challenges of regulating fat stores when presented with excessive levels of highly refined foods found in the Western diet.

Are Hormones Making Us Fat?

As the incidence of obesity climbs ever higher in the United States and other industrialized countries around the world, so does the number of theories on what are the causes and solutions to the problem. The science on hormones and obesity becomes ever more specialized as researchers debate the possibility of a genetic predisposition, a lifestyle effect, a socioeconomic effect, or an ethnic component.

People struggling to lose weight receive a plethora of dietary advice – eat low carb, eat more whole grains, eat low fat, eat less meat, eat more protein, etc., and no one seems to agree on the best diet for weight loss. But are we becoming too focused on the details and losing sight of the big picture about how our bodies really work?

Let’s think of the human body. It takes in foods and digests them to supply itself with what it needs to function. A normally regulated body knows when it is hungry and when it has eaten enough. So how does it “know” these things? The whole panoply of bodily functions related to hunger and satiation is orchestrated by chemical messengers that are produced in response to messages from the brain as well as external stimuli that affect us all the time. These chemical messengers are known (and defined) as hormones.

So can it be argued that “my hormones are making me fat”? This blog looks at one family of hormones, the steroid hormones, that have been closely linked with how your body manages to control your weight, and when “out of balance” may result in weight gain. This family of steroid hormones can be grouped into the sex-hormones and adrenal hormones. The sex hormones include the estrogens (estradiol, estrone, and estriol), progesterone, and testosterone. The adrenal hormones include DHEA and cortisol.

Women tend to have fat stores under the skin (subcutaneous fat), around the hips and in the breasts. This results in the characteristic female curves that contribute to the characteristic hour-glass figure. When estrogen levels are high, excessive fat deposition occurs primarily around the hips and thighs leading to the typical pear-shaped body type, referred to as “gynoid obesity” or female type obesity.

Normally, healthy men have very little estrogen and subcutaneous fat. When they start gaining weight, it tends to be in the belly, in the intestinal space, and is known as “visceral fat” or “central weight gain.” This results in the characteristic apple-shaped body type, known as “android” (male type) obesity, when weight gain becomes excessive. However, this is also the type of fat that is the most metabolically active and therefore easiest to lose – men generally lose weight more easily than women for this reason. Visceral fat is very easily mobilized in response to adrenalin (the “fight or flight” hormone) and strenuous activity. Think of the hunter-gatherers from which we are descended – the males would store visceral fat preferentially when food was plentiful so that it could be easily used as fuel for the muscles when hunting for the next meal.

The picture is a little more complicated in postmenopausal women, when estrogen levels become very low while testosterone continues to be produced from the ovaries and adrenals. Normally estrogen rules over testosterone at the tissue/cellular level, but when estrogen levels drop at menopause and testosterone levels remain the same this estrogen/testosterone ratio shifts in favor of testosterone dominance. The presence of testosterone that is not counteracted by estrogen, a relative “androgen excess,” tends to promote the male type body fat distribution, and women who tend to gain weight during and after menopause often find that their waistline thickens and they become rather more apple-shaped than pear-shaped. The same effect is seen in women with polycystic ovarian syndrome (PCOS), who over-produce androgens. Studies of estrogen replacement therapy in postmenopausal women consistently show that this can prevent central weight gain, by maintaining a relatively higher level of estrogens than testosterone.

Fat tissue itself is an endocrine (hormone-producing) organ. It contains the enzyme aromatase, which converts testosterone to estradiol and androstenedione to estrone. In obese postmenopausal women, estrone can become the predominant circulating estrogen, rather than estradiol. Estrone is about ten times less potent than estradiol and its presence in the absence of estradiol is a hallmark of menopause.

DHEA (dehydroepiandrosterone) is the precursor for the production of estrogens and testosterone in tissues where they are needed, and it therefore circulates in the body in significantly greater quantities than the other steroid hormones. Studies of DHEA supplementation have found no significant effect on body weight, but one of its natural metabolites, 7-keto DHEA, is known to increase the metabolic rate and has been found to help with weight loss.

Progesterone is well known for its ability to balance and optimize the effects of estrogens. With each monthly cycle, estradiol stimulates the proliferation of the breast epithelial cells and those of the reproductive tissues. Progesterone produced in the second half of the menstrual cycle then slows the estrogen-stimulated proliferation, allowing for tissue specialization and differentiation. For the same reason, progesterone is needed to balance estrogen replacement therapy to prevent excessive growth and proliferation of the uterine lining to reduce the risk of endometrial cancer.

We know that synthetic progestins are also used for this purpose, but while they effectively suppress endometrial proliferation they have been found to have adverse effects in other areas, notably the cardiovascular system and the breast. Natural progesterone is without these adverse effects, and indeed has many beneficial effects in the body. But some women find that it can contribute to weight gain or bloating. Studies have found that women tend to have an increase in appetite and food intake in the latter half of the menstrual cycle, and during pregnancy, when progesterone levels are higher than usual. An encouragement to eat more in preparation for a pregnancy and during gestation would make sense physiologically, but we don’t need excessively elevated progesterone levels otherwise.

Some forms of progesterone replacement therapy may lead to excessive progesterone levels that can increase the risk of insulin resistance, which will promote fat storage rather than utilization for energy. It is important to monitor progesterone levels, as with all hormones, during supplementation to ensure that levels are not out of physiological range and well balanced with estradiol and testosterone. Bloating or weight gain could mean you are using too much progesterone.

Cortisol is an adrenal hormone essential for blood glucose regulation, fat storage and utilization, and control of other body functions like the immune system. Cortisol acts in synergy with many other hormones to help regulate their actions. Cortisol is released from the adrenal glands in response to stressors sensed by the brain. These stressors come in many different forms and include low glucose levels, emotional or physical stress, or invasion of the body by pathogens.

Cortisol mobilizes glucose from the glycogen stores in the liver to be used as short-term energy for the muscle. While normal physiological levels of cortisol are essential to survival, excessive levels caused by chronic stressors shut down non-essential body functions, such as the immune system, and by suppressing the production of other hormones, such as sex hormones, growth hormone, and thyroid hormones.

When stressors are present for extended periods the system goes awry and we develop a chronic stress condition and persistently elevated cortisol levels. When this happens, the effects of cortisol on blood sugar result in an increased appetite, particularly for carbohydrates (“stress eating”) and storage of more glucose as fat, especially in the visceral area, which has more cortisol receptors than other types of fat tissue. Stress-related weight gain can be treated by finding and reducing sources of stress, as well as relaxation techniques to reduce the harmful effects of stress on the body.

When you understand more about your body and how it is hormonally regulated, it is easier to see that hormones, when in balance, are friends rather than foes. The entire endocrine system includes many more hormones than are mentioned above, which are involved in metabolic processes and other bodily functions that can affect our weight and our overall health. But even taking just the reproductive hormones and cortisol, and a little common sense, we can conclude that:

It is important not to ignore the elephant in the room, the highly palatable and refined foods that dominate the “Western” diet, which are clearly associated with the obesity epidemic. These are not the foods our ancestors ate. Our bodies have not adapted hormonally to the challenges of regulating fat stores when presented with these foods in excess.

Keeping our hormones in balance while maintaining a healthy diet, following an exercise program, and aiming for a stress-reduced lifestyle is key to optimal wellness and longevity.