Menopause: Your Most Common Questions Answered 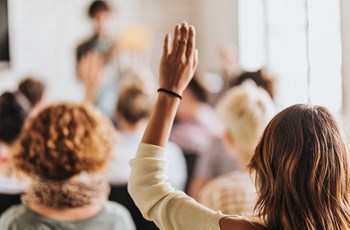 Menopause can be a confusing time for many women and their families, and as a society we tend to steer away from having open, honest conversations about this very important transition in a woman’s life. At ZRT, we aim to change that and equip all women with the tools and resources necessary to maintain optimal health during their menopause transition and after. In this post, ZRT’s Clinical Consultants tackle the most commonly asked questions and misunderstandings about menopause from patients.

What Age Does Menopause Occur?

Menopause is defined as the natural absence of menstrual periods for one full year in a woman over age 40. The average age of menopause is 51, with some time between ages 46 and 56 being the most common. Lab values such as a high FSH may help to confirm, but do not define, menopause.

While a woman may stop ovulating and having periods before age 40, that would typically result from either surgical menopause (removal of ovaries with or without the uterus), or primary ovarian insufficiency (also called premature ovarian failure), a condition that tends to run in families and which may have contributions from autoimmunity, chemotherapy and radiation, viral infections, or genetic and chromosomal disorders.

Perimenopause is the period of transition leading up to menopause. During this time the ovaries gradually begin to make less estrogen and progesterone. The average length of perimenopause is 4 years, but it may last only a few months or continue for as long as 10 years. Perimenopause ends once a woman has gone 12 months without a period; she is then said to be postmenopausal.

What Are the First Signs of Menopause?

Does Menopause Cause Depression or Anxiety?

The cause of depression and anxiety is often multifactorial but hormone changes in menopause can contribute. Estrogen acts as a neurotransmitter and contributes to mood stability, so fluctuations, declines or imbalances in estrogen may contribute to or aggravate existing mood disorders. Estrogen increases synthesis of serotonin, acts as an SSRI and MAO inhibitor, and sensitizes serotonin receptors. The progesterone metabolite allopregnanolone acts as a neurosteroid that influences inhibitory processes centrally by binding to GABA receptors in the brain, and its decline can affect the excitatory/inhibitory balance. Estrogen and progesterone also act on dopamine. Anxiety is a common early feature of menopause for many women. It may occur as a part of the hot flash experience, but can also occur by itself and be hard to recognize as part of menopause, especially at first when there may be no other menopause symptoms.

Can You Get Pregnant During Menopause?

During the transition to menopause a woman’s likelihood of becoming pregnant decreases, although statistics on unintended pregnancies in midlife women are essentially non-existent. One recent study estimates that over 75% of women aged 45-50 were at risk for unplanned pregnancy due to their low use of contraception, despite the ACOG guidelines which recommend family planning counseling and contraceptive protection for women at risk for pregnancy until they are 55 years old [1]. After a year without a period and/or a follicular FSH above 13, pregnancy becomes very unlikely.

Can Menopause Cause Weight Loss?

Unintentional weight loss during menopause would be considered somewhat unusual, and in fact may be a cause of concern worth bringing up to your physician. Fluctuations and ultimately decreases in estrogen, along with declines in muscle mass, physical activity level, quality sleep, and insulin sensitivity can all contribute to gradual weight gain during the time around menopause, as well as a shift in fat storage from the hips and thighs to the abdominal area. Stress and high cortisol levels related to disrupted sleep can also contribute to these body composition changes, which are in turn associated with higher risk of metabolic syndrome, type 2 diabetes and heart disease. Most of these factors are modifiable, but intentional weight loss during menopause typically requires commitment, patience, and often different strategies than what may have been successful before menopause.

Does Menopause Make You Tired?

While menopause, per se, may not cause fatigue, the associated changes in serotonin and sleep disruptions caused by hormone changes and night sweats very well may. Dysfunctional uterine bleeding, heavy or frequent periods, or fibroids can also lead to iron deficiency anemia; perimenopausal women with fatigue should have hemoglobin and ferritin checked to rule out anemia as a contributing factor. Additionally, diurnal dysregulation of inflammatory mediators in the body such as IL-1β, IL-8, TNF, and IL-20 can all contribute to symptoms of fatigue. This type of inflammatory dysregulation is not an uncommon occurrence during the perimenopausal transition and may be related to hot flash frequency and severity.

What Causes Painful Intercourse After Menopause?

Vaginal atrophy is the thinning of the vaginal tissue as a result of decreased estrogen production in menopause. This thinner vaginal mucosa tends to provide less lubrication, lose elasticity and become more fragile, which can lead to difficult, painful intercourse or even light bleeding with intercourse. Without treatment such as lubricants, vaginal moisturizers, vitamin E suppositories, or vaginal hormones such as estriol or DHEA, this condition often understandably contributes to decreased libido. Even with systemic hormone replacement, vaginal application of hormones may be needed to provide relief.

Is Discharge Common After Menopause?

Atrophic vaginitis is the term for the burning, itching and discharge that results from vaginal thinning and dryness. This discharge tends to be thin, watery, yellowish or gray. Changes to the vaginal pH and microbiome caused by decreased estrogen levels can also predispose to bacterial vaginosis, which tends to present with discharge having a characteristic ‘fishy’ odor.

Is It Normal to Have Bleeding After Menopause?

Although it may be relatively common, bleeding after menopause cannot be presumed to be normal. Use of any combination estrogen-progestogen contraceptive will result in withdrawal bleeding even after menopause. It’s also common if starting a new hormone replacement or if a woman hasn’t reached a full year without a period. But any bleeding after a full year without a period requires medical investigation to rule out endometrial cancer or hyperplasia.

Can Menopause Cause Hair Loss?

Why Does Menopause Cause Skin Itching?

Estrogen plays an important role in skin health and moisture at the receptor level, as well as impacting the microbiome of mouth, gut and skin [2]. Microbiome changes related to menopause may increase intestinal permeability, which increases the likelihood of food intolerances and atopic dermatitis. Factor in vaginal dryness and atrophy, sweating from hot flashes, and hives (discussed below) – and it’s understandable why many menopausal women complain of itchiness.

Can Menopause Cause Hives?

Hives, also called chronic urticaria, is approximately twice as common in women as in men and may be associated with hormonal changes such as the menstrual cycle, pregnancy, menopause, hormonal contraceptives or hormone replacement therapy. Although the exact mechanism is not well understood, sex hormones appear to modulate immune and inflammatory cell functions, including mast cell secretion of histamine. One study also suggests that patients with chronic urticaria have lower levels of serum DHEA-S (dehydroepiandrosterone sulfate), an adrenal hormone that tends to decline with age [3]. In addition to the drop in sex hormones, stress is commonly elevated during menopause, leading to high output of cortisol and adrenaline which are frequently associated with hives.

Can Menopause Cause Acne?

Unfair as it may seem, acne can flare up around menopause just as it does during puberty, due to hormonal fluctuations. Acne is often androgen driven, and rising LH levels during the transition to menopause may increase testosterone production. As estrogen and progesterone levels decline, testosterone and its more potent metabolite dihydrotestosterone (DHT) become the more dominant hormones in perimenopausal women, which can show up as acne or new hair growth on the body or face.

Can Menopause Cause Dry Mouth?

Women have estrogen and progesterone receptors throughout the body, and when these hormone levels decline, there can be a loss of moisture not only in the skin and vaginal mucosa, but also in the mouth, eyes and other areas that express receptors for estrogens. In addition, recent research has begun to shed light on how female sex hormone levels influence the composition of the microbiota in many sites of the body, including the mouth. Changes in microflora along with reduced salivation may contribute to oral conditions such as gingivitis, periodontitis and oral candidiasis (thrush) in menopausal women [2].

Can Menopause Cause Headaches?

Headaches can be triggered by declining as well as elevated levels of estrogen, or an imbalance between estrogen and progesterone. The often-dramatic hormone fluctuations during perimenopause and the onset of menopause, and the dilating or constricting effects of these hormones, can contribute to headaches.

Can Menopause Cause Dizziness?

Women commonly report feeling dizzy during menopause, which may be related to middle ear changes, menopause-related fatigue, or hot flashes. However, there are many other possible causes of dizziness which are best discussed and ruled out by your primary care provider.

Can Menopause Cause Bloating or Nausea?

Digestive symptoms such as bloating and nausea may be related to gut microbiome changes in menopause, fluid retention, or the loss of the effect that progesterone had on GI motility during the menstruating years. However, if these symptoms become chronic they should be discussed with your primary care provider to rule out other possible causes.

Can Menopause Cause Hypothyroidism?

Menopause and hypothyroidism have some symptoms in common, including fatigue, weight gain, increased blood lipids, dry skin, and hair loss, which is why comprehensive hormone testing is important to help establish whether a woman is experiencing one or both of these conditions. Estrogen is known to have both direct and indirect actions on the thyroid gland and thyroid hormone metabolism, as well as on modulation of autoimmunity, which is a leading cause of hypothyroidism in the form of Hashimoto’s thyroiditis [4].

Women have many questions about menopause both before it happens and during the process. Working closely with a good practitioner and laboratory can help diagnose and treat many of the common and annoying symptoms of menopause that can severely impact a woman’s quality of life.

[1] Johnson-Mallard V, et al. Unintended pregnancy: a framework for prevention and options for midlife women in the US. Women’s Midlife Health 2017;3:8.