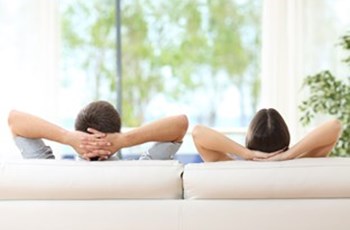 Monoamines and the HPA Axis

The hypothalamus is directly innervated by neuronal systems that produce neurotransmitters, such as serotonin (5-HT), dopamine and norepinephrine (NE), that are involved in mood regulation and play various other roles in cognitive health. During the acute stress crisis, the mesolimbic dopaminergic reward system is stimulated to help maintain morale. However, during chronic stress or depression, the reward system is down-regulated by stress mediators, resulting in anhedonia.

In early studies, the catecholamine theory (as well as the monoamine hypothesis of depression) of major depression concluded that depression resulted from a deficiency of NE throughout the CNS. This hypothesis was based on studies showing that pharmacological depletion of NE could induce major depression and the antidepressant effects reported by the augmentation of NE activity using MAO and NE uptake inhibitors. This hypothesis served as the foundation for modern biological psychiatry and supported the use of antidepressants for years, though it is being slowly replaced by more comprehensive theories that include HPA axis function through the mechanisms discussed above [1]. Although some forms of depression may be characterized by a deficiency of NE in the CNS, melancholic depression is associated with increased noradrenergic function in the CNS. Research has shown that the secretion of NE is elevated in patients with melancholic depression, rising throughout the night during sleep, and reaching its peak in the morning, when depression is often most intense [2]. Hyperarousal, increased anxiety and insomnia can all be driven by an excess of NE, which correlates with increased activity of the HPA axis.

The monoamine deficiency hypothesis also postulates that a deficiency in serotonin and/or dopamine decreases monoaminergic neurotransmission in the CNS, resulting in depression [3]. Monoamine deficiency may be caused by a number of mechanisms that compromise neurotransmission, including inhibition of the enzymes required for norepinephrine, dopamine, and serotonin synthesis, or low levels of the amino acid precursors (tyrosine and tryptophan) for these enzymes. Also, decreased sensitivity of autoreceptors that regulate serotonin function, including 5-HT1A and 5-HT1B, have been identified.

With respect to the perception of stress, serotonin levels may play a vital role as serotonin has been connected to regulating stress sensitivity [4]. Serotonin (5-hydroxytryptamine) has an inhibitory action in the brain and is directly involved in the regulation of emotion, behavior and aggression. In both animal and human studies, serotonin deficiency has been linked to exacerbating the stress cycle by contributing to increased aggression [5]. In addition to regulating mood and stress sensitivity, serotonin regulates the appetite, body temperature and pain sensation. Serotonin is converted into the sleep-regulating hormone melatonin in the pineal gland. Serotonin also supports mood and behavior, and decreases pain sensitivity by increasing β-endorphin levels [6].

Mutations in 5-HT system genes have been reported in patients suffering from anxiety disorders and severe impulsivity [7]. Reduced levels of the serotonin metabolite 5-hydroxyindoleacetic acid (5-HIAA) have been found in cerebrospinal fluid measurements of patients with impulsive-aggressive behavior, suggesting serotonin deficiency. The enzyme tryptophan hydroxylase-2 (TPH2) is the rate-limiting enzyme for brain serotonin synthesis. A polymorphism in THP2 gene, first identified in elderly patients with depression, has been reported to decrease 5-HT synthesis in both in vitroand in vivo models [8].

Current antidepressant therapy that inhibits the reuptake of serotonin and norepinephrine is based on the monoamine deficiency hypothesis. In recent decades, selective serotonin reuptake inhibitors (SSRIs) and selective norepinephrine reuptake inhibitors (SNRIs) have become the first-line drug treatment option for depression. SSRIs and SNRIs have replaced tricyclic antidepressants (TCA) and monoamine oxidase inhibitors (MAOI) due to fewer side effects. However, it has been estimated that only about 50-70% of patients respond to these medications, indicating a more complex mechanism for depression, as described above. A significant limitation of these medications is that, while they may inhibit the reuptake of neurotransmitters like serotonin, norepinephrine and to a lesser extent dopamine, they do not increase net levels of neurotransmitters within the nerve cells or throughout the CNS. This may limit the effectiveness of these medications in patients with extremely low levels of serotonin, norepinephrine or dopamine.

Serotonin is produced endogenously from the essential amino acid L-tryptophan. L-tryptophan is converted into 5-hydroxytryptophan (5-HTP), the direct intermediate for serotonin production. 5-HTP is produced commercially from the seeds of the African plant Griffonia simplicifolia and has been used clinically for over 30 years, due to its ability to increase serotonin levels in the brain [9]. Administration of 5-HTP has been associated with a significant increase in CSF fluid levels of 5-hydroxyindolacetic acid, the primary metabolite of serotonin [10].

Use of 5-HTP as a supplement is advantageous in that it bypasses the conversion of L-tryptophan into 5-HTP by the enzyme tryptophan hydroxylase. The activity of tryptophan hydroxylase can be inhibited by high stress levels, insulin resistance and vitamin B6 or magnesium deficiency [11]. The transport across the blood-brain barrier (BBB) requires L-tryptophan to be bound to a transport carrier. This step involves competition with other amino acids (tyrosine, phenylalanine, valine, leucine and isoleucine) for entry across BBB, which is consequential because most protein-containing foods consist of small amounts of L-tryptophan and larger proportions of these competitive amino acids. 5-HTP is advantageous because it does not require a transport carrier, does not compete with other amino acids for entry, and can cross the BBB. Studies on the use of 5-HTP for depression have been conducted since the 1970s. These included unipolar depression, and bipolar, neurotic and psychotic depression using a number of different study designs.

In a 2013 study conducted by Janqid et al., the effects of 5-HTP versus the antidepressant fluoxetine were studied in a randomized, double-blind study [12]. Sixty patients with a history of depression were recruited and given HAM-D assessments at baseline and after two, four and eight weeks. 5-HTP capsules was given as 150 mg in three divided dosages during the first 2 weeks and then the dose was doubled (300 mg) after the second week. The dose was further increased to 400 mg in three divided dosages after the fourth week. Fluoxatine doses were similarly stepped up from 20 mg to 30 and 40 mg respectively. Both treatment groups showed significant and nearly equal reduction in HAM-D scores beginning at week two and continuing until the end of the trial. Twenty-two patients (73.33%) in the 5-HTP group and 24 patients (80%) in the fluoxetine group responded to the therapy.

5-HTP has also been shown to be helpful in relieving panic attacks. In a study by Schruers et al., 24 panic disorder patients and 24 healthy subjects were given either 200 mg of 5-HTP or placebo while being subjected to a 35% carbon dioxide panic challenge. 5-HTP significantly improved reaction to the challenge in panic disorder patients, but not in the healthy volunteers. This included measures of subjective anxiety, panic symptoms scores and frequency of panic attacks. The study authors concluded that 5-HTP administration increased subject serotonin levels, which played a vital role in reducing panic. Previous studies had already shown that lower serotonin levels due to tryptophan depletion increased the vulnerability of panic disorder when using the carbon dioxide panic challenge [13].