Looking Back: Popular Articles for Providers in 2018 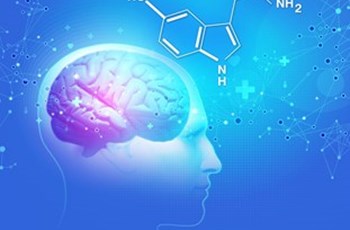 We are heading into the new year with a goal to strengthen our understanding of hormones, neurotransmitters, and heavy metals and the influence they have on our overall health and wellness. As we welcome 2019, we would like to take a moment to look back at our most popular blog posts from last year.

Neurotransmitters, Mood & the Perception of Stress 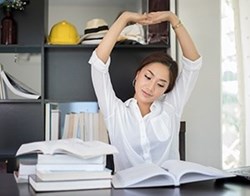 When we talk about “stress,” or allostatic load, in terms of the perception of an event, we must realize that these “events” must first be translated into neurochemical signals before they trigger the HPA axis.

Therefore, the sensitivity and outcome of translating these events (whether they are ongoing events, memories of past events, or stressful anticipation of unrealized events), is highly dependent upon signaling from other neurotransmitters. In fact, the signaling neurotransmitters that manage mood and affect often overlap with measures of HPA axis activation, and cannot be easily distinguished in some subjects [1].

While the detailed influence of neurotransmitters, such as GABA, glutamate, serotonin, norepinephrine, dopamine and a host of neurosteroids, on the HPA axis is beyond the scope of this blog post, we will outline some of the fundamental activities clinicians should keep in mind when evaluating patients for HPA axis dysfunction.

The Impact of Hormones on Serotonin in Depression 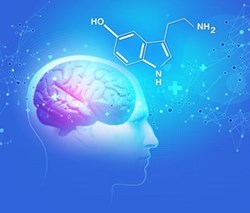 Serotonin, or rather its deficiency, frequently steals the spotlight in conversations regarding depression. Initially discovered as a component of serum in 1948 to regulate vasoconstriction (serotonin = serum + tone), the role of serotonin in depressive disorders wasn't implied until a few years later. Since then, much effort has been dedicated by scientists and clinicians alike to understand the wondrous complexity of the seemingly inscrutable code that is serotonin neurotransmission. In fact, some of the major breakthroughs in psychopharmacology happened with serotonin in mind – the discovery of selective serotonin reuptake inhibitors (SSRIs) prominently expanded the therapeutic toolbox for mental health practitioners.

The appearance of SSRIs, however, was just the beginning of the arduous journey to understand and treat the intricate disorder that is depression. Providing valuable relief for some by offering mood improvement and stability, the treatment of depression has fallen short of optimal for others [1]. As brilliant research minds continue to unravel the mysteries of depression, what is becoming clearer is that depression is prolific in complexity, painting a picture of inappropriate entanglement of neural and somatic pathways as they respond to a variety of insults. It is this complexity that makes it difficult to understand where and how the intrinsic program has gone off the rails, leaving practitioners without significant leverage in the plight to increase a patient’s emotional reserve. 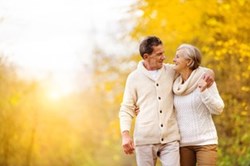 Mitochondria are organelles that are present in every cell of the body except red blood cells. Probably everyone reading this learned about these little guys in high sch­ool biology, where they were described as "the energy packs of the cells."

About 20% of our body weight is mitochondria. This translates to about 250 quadrillion of these organelles. There are 37.2 trillion body cells with an average of 1 to 2000 mitochondria per cell. Sperm each have about 16 mitochondria and oocytes have 100,000 (which shows you where the power is).

Influenced by our environment, we are constantly being exposed to elements, whether nutritional or toxic. They are a big contribution to the yin yang dualism of health and disease.

With heavy metals, contamination is so extensive nowadays that it is no longer a question of whether exposure took place, but rather what the level of exposure was or continues to be.

Toxicity from low levels of exposure can lead to a wide array of neurological disturbances and can be much more insidious in presentation than acute toxicity, which is, in contrast, rather obvious in its presentation. While the effects of heavy metal exposure may be superficially innocuous at first, over time the body distributes and stores heavy metals (“bioaccumulation”), and neurotoxic effects become inevitable.

The Connection Between GABA & Sleep Disturbances 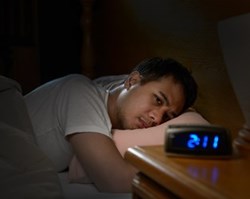 Gamma-aminobutyric acid, better known as GABA, is the neurotransmitter known for its affinity for GABA receptors throughout the central nervous system (CNS). It acts to inhibit excitatory processes – whether they be normal or pathological.

It's synthesized from the excitatory neurotransmitter glutamate in a process that requires vitamin B6 as a cofactor. The delicate balance in the brain between GABA and glutamate is orchestrated by shuttle systems from the Krebs Cycle, the presence of NMDA and GABA receptor modulators, enzyme cofactors, and reuptake mediators.

In the rest of the body, GABA plays a myriad of important protective roles. It modulates the adrenal response to stress by acting as the gate-keeper of norepinephrine and epinephrine release (catecholamines responsible for the adrenaline surge) [1]. It regulates the activity and regeneration of β-islet cells in the pancreas which are responsible for insulin secretion and blood sugar regulation [2]. GABA made and stored in the nerves of the enteric nervous system acts to mediate the upper gastrointestinal tract’s secretion and emptying mechanisms and modulate the sensation of visceral pain there. The guts are absolutely covered in GABA receptors of all types. When synthesized in the small intestine by Lactobacillus and Bifidobacterium species, GABA influences the HPA axis and up-regulates GABA receptor expression in the CNS, thanks to the vagus nerve [3]. Any imbalance in this body-wide system, whether it be in the CNS or in the periphery, may lead to sleep disturbances.