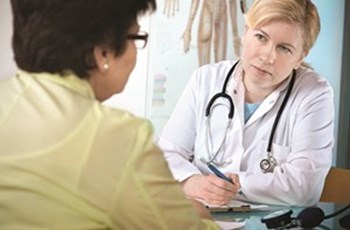 A recent study [1] found that women with BRCA1 or BRCA2 gene mutations benefit from a significantly reduced risk of ovarian, fallopian tube, or peritoneal cancers by having their ovaries removed before the age of 35.

For women with such a genetic predisposition to cancer, the decision to remove their ovaries and/or breasts can prevent cancer in the future; however, I thought it would be worth looking at the long-term repercussions of this decision.

For BRCA1 carriers, the ovarian cancer risk rises from the general population's risk of 1.4% to 39-60%, and for BRCA2 from 1.4% to as high as a 20% lifetime risk. In many of the women with BRCA ovarian cancer, the diagnosis is commonly made by the age of 45. This information, combined with very poor screening methods to catch ovarian cancer before it has spread outside of the ovaries, have spurred the recent publicity generated by publication of the study [1] regarding removing ovaries before the age of 35.

How do people know if they have genetic mutations? Certain ethnic groups, especially people of Ashkenazi Jewish decent, are at higher risk for inheriting these genetic mutations. Families that have multiple individuals with either breast and/or ovarian cancer are also at higher risk for inheriting these mutations and can be advised to be tested. Certainly having a diagnosis can change a woman's decision making for cancer monitoring, prophylactic surgery, and child bearing (especially for young women).

Recently, individuals such as Angelina Jolie have helped remove the stigma of having prophylactic mastectomies and oophorectomies. There is no hormonal consequence to breast removal, but it does have the long term physical consequence of lymphedema; but what about the longer term consequences of ovarian removal?

Removal of a young woman's ovaries puts them into instant menopause, known as "surgical menopause." Menopause under the age of 40 dramatically increases a woman's risk of osteoporosis (approximately 70% of all women will become at least osteopenic) [3]. Peak bone mass is generally reached at the age of 30-35 at which time bone loss becomes gradual until menopause, when there is a sudden drop in hormones and bone density. For women who go into menopause at the age of 35, osteoporosis by the age of 50 or 60 is a legitimate concern. So, women who have ovarian removal at 35 face a very good chance (approximately 70%) of having osteoporosis by 60 and perhaps a severe osteopenia by the age of 7-80. Non-hormonal therapies such as weight bearing exercise and nutritional therapies such as calcium, magnesium, vitamin K, and vitamin D can certainly help reduce risk. Medications such as biphosphonates may be beneficial to increase density, but benefit in using these medications for more than 3 years is questionable and long term prevention of fractures years later is debatable. So, women who choose to remove their ovaries to prevent the devastating results of ovarian cancer are faced with a very big question of what to do about the very real risk of osteoporosis prevention and treatment.

Menopausal symptoms are also another common symptom of ovarian removal. Hot flashes, night sweats, vaginal dryness, and lowered libido are common after surgical menopause. The use of hormone replacement therapy after oophorectomy is controversial because of concerns of increasing the risk of breast cancer. However, many women will choose to use hormone replacement therapy until the age of 50 to minimize their risk of osteoporosis and to alleviate other menopausal changes.

Memory, sleep, and mood changes are common after oophorectomy. Estrogen helps up-regulate serotonin receptors, so a sudden drop in estrogen can contribute to insomnia, anxiety, depression, decreased memory, and perhaps increased dementia. These symptoms are those that generally influence a woman to decide to use hormone replacement despite the risks.

Early menopause, with its loss of cardioprotection from estrogen, increases the risk of coronary heart diseases and strokes. Estrogen has been shown to reduce IL6 thereby reducing inflammation and intimal wall hyperplasia, and promoting angiogenesis [4]. Estradiol supplementation when started years after menopause may increase cardiovascular risk, but starting at the time of menopause may be beneficial.

In summary, many women will make the decision to remove their ovaries to prevent future ovarian cancer. As someone who has worked with many ovarian cancer patients and their families, I know it is truly a cruel cancer with such poor detection methods that I completely understand and support this choice.

I think that where research needs to focus is on the longer term health of these patients. I've personally seen many women take big jumps to prevent cancer only to be shocked at the lack of sympathy and care when the symptoms become intolerable. Understanding the risk factors for using hormones and also the risk factors for avoiding hormones is a crucial discussion to have with patients prior to them making such an important decision.