Is Sweating a Good Bet for Heavy Metal Detox? 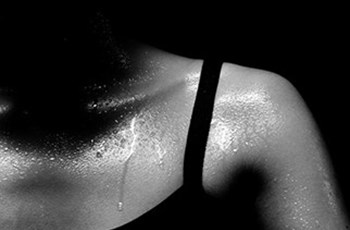 A couple years back, I wrote a blog about iodine deficiency in athletes resulting from excessive sweat loss.

Later, while studying the kinetics of the iodine loading test which involves taking a 50-mg dose of iodine and collecting urine for 24 hours, I investigated the excretion of iodine in sweat along with urine.

Surprisingly iodine levels in sweat tracked urine iodine excretion over a period of 3 days. The goal was to show that the loss of iodine through sweat can represent a significant portion of the 50-mg dose, something the creators of the Iodine Loading Test had not accounted for.

As time went on at ZRT, we expanded our elements testing to include the “big 4” heavy metals arsenic, cadmium, lead, and mercury. These heavy metals have very different half-lives and excretion routes.

Literature is rather limited on the subject of heavy metal elimination through sweat, but with the advancement of sweat collection and sophisticated instrumentation, recent studies have shown encouraging results on heavy metal detox via sweat. A study by Genuis and colleagues looked at serum, urine, and sweat levels of toxic heavy metals and essential elements and found compelling results. [1] The most striking result was the large excretion of lead and cadmium in sweat collected during exercise or in an infrared/steam sauna in comparison to concurrent serum and urine collections. Interestingly, lead and cadmium are elements characterized by long half-lives in the body (20-30 years), miniscule excretion in urine, and serious bioaccumulation. A typical sauna session results in a half-liter of sweat loss, meaning that a significant amount of toxins are potentially being excreted. [2] Other studies have shown similar results. [3] [4] [5] This means that a possible route of detoxing from lead and cadmium may be through sweat. So, Heavy Metals are Excreted Through Sweat?

Even though studies have shown that sweat excretion of heavy metals should not be overlooked, I am somewhat critical of the collection methodologies used in different studies. An investigation into drugs of abuse in sweat showed that blood capillaries and adipose tissue may contribute to secretions from sebaceous and apocrine glands connected to hair follicles. [6] These are different than the eccrine sweat glands which are the main producers of sweat for thermal regulation. Most sweat collection studies involve scraping the skin to collect sweat, which will also pick up fatty sebum excretions (disintegrated epithelial cells).

Most toxins, including heavy metals, are fat-soluble. It is plausible that sebum excretions from the sebaceous gland are a route of heavy metal buildup and excretion that may stick around longer than sweat from the eccrine gland, which quickly evaporates. This is one of the reasons why hair testing is difficult to control, because hair follicles coated with sebum (think oily excretion) is either washed away or left unwashed depending on the laboratory protocol, leading to large variations in results. [7] Eccrine Sweat Glands: Present across the entire body with highest concentrations in the palms of hands and soles of feet. Open up directly to skin surface.

Apocrine Sweat Glands: Located only where hair follicles are present in armpits, ears, eyelids, perineum, and areola, from puberty on.

Sebaceous Glands: Located across the entire body, minus the palms of hands and soles of feet. They primarily open up into hair follicles, but some open directly to the skin surface. They are most abundant in the scalp and face.

It is also unclear whether essential elements like iodine behave the same way as heavy metals when it comes to sweat excretion. The iodine sweat collection study I mentioned at the beginning of this blog post involved scraping the sweat off the skin of my arm and forehead, places where both eccrine and sebaceous glands are present.

Regardless of how heavy metals are excreted, it is well known that essential elements are lost while sweating, so it is important to replenish lost nutrients when exercising or using a sauna.

[4]  Tang S, Yu X, Wu C. Comparison of the Levels of Five Heavy Metals in Human Urine and Sweat after Strenuous Exercise by ICP-MS. Journal of Applied Mathematics and Physics. 2016; 4:183-188.