The Strange Case of the Disappearing Hormone 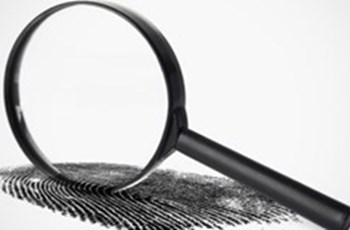 I love mysteries. But unlike the advances in forensic science that have caused a sea change in solving murders previously only fathomable by sleuths such as Hercule Poirot, the advances in laboratory testing methods have outpaced the ability of the medical community to unravel the controversial mysteries surrounding absorption of steroid hormones.

How did the Mystery Start?

This ultimately stems from the checkered history of the field of hormone replacement to treat symptoms of menopause over the past hundred years.

It started with the use of crude ovarian extracts, followed by estrogens purified from the urine of pregnant women, and ultimately the larger-scale manufacture of conjugated equine estrogens from horse urine, which was marketed as Premarin and ultimately became the most widely-dispensed drug in the US.

Along the way, however, fixes had to be introduced for pesky issues such as the development of endometrial cancer in women treated with these estrogens, resulting in the addition of progestogens to protect the endometrium from the cancer-promoting effects of the estrogen. For ease of dosing, synthetic progestogens such as medroxyprogesterone acetate (MPA) were developed and added to CEE treatment; but side effects, most prominently exposed by the Women’s Health Initiative studies, caused women concerned about their health to shift towards the bioidentical hormone replacement industry.

Because orally administered bioidentical hormone products are extensively metabolized by the liver (“first pass metabolism”), many transdermal preparations have come on the market such as creams, gels, and patches, as well as intravaginal and intranasal products, to allow the hormone to be dosed at lower levels and reach the tissues where they can exert their effects.

But in the turbulent wake of these developments over the last 20 years, bioidentical hormone replacement is still viewed with great skepticism by the mainstream medical community, and a large part of this skepticism has arisen because the science of testing methods to monitor appropriate dosing is not well understood.

Where Does the Hormone Go?

But it isn’t in the serum, or even the urine [4]. It is, however, in the saliva, and in capillary blood taken from the fingertips after nicking the skin with a lancet [5].

What would Hercule Poirot make of this? I’m guessing that he would not make the assumption that, just because traditional blood draws do not find the applied hormone, it simply wasn’t absorbed into the body. The evidence from saliva and blood spot testing would suggest otherwise.

Just like solving a crime, some methods are more appropriate than others for finding evidence of hormone delivery.

Forensic scientists don’t find fingerprints left by a criminal who wore gloves. But they might find a hair left behind, with its follicle attached containing DNA evidence. Similarly, serum and urine testing don’t detect steroid hormones applied as creams to the skin, but saliva and capillary blood spot testing do.

The evidence from different hormone testing methods, using different body fluids, points to differences in how hormones are distributed in the body when applied in different ways.

The table below gives a guide to testing steroid hormones in different body fluids following different routes of hormone administration, and shows some of the pitfalls to be aware of: To find out more about the issues surrounding detection of hormones in body fluids after different delivery methods, watch Unraveling the Confusion over Testing by Dr. David Zava.