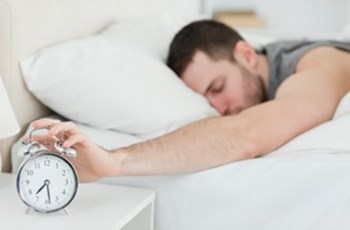 Melatonin is a ubiquitous little hormone that comes in an indolamine package similar to serotonin, its precursor. Thanks to its unique structure, it can travel easily through the blood stream and readily crosses the blood-brain and placental barriers. It is synthesized and used all over the body to perform a number of indispensable roles. It’s the main reason our bodies know what time it is and what it’s supposed to be doing at any given moment. It signals the transcription of genes that regulate the cell cycle, neutralize free radicals, and decrease inflammation. Its claim to fame, however, is its role in promoting sleep.

If we were to look at a curve representing production of melatonin over a 24 hour period, we would see a steep rise to peak levels within the first hour of sleep with a plateau lasting until about 3-4AM followed by a drastic reduction to its daytime baseline level by around 7AM.

Darkness stimulates the production of melatonin and sustains its peak level via signals that relay from the retina in the back of the eye to the suprachiasmatic nucleus of the hypothalamus in the brain sending norepinephrine to the pineal gland to ramp up melatonin manufacture. When melatonin is released, it floods the cerebrospinal fluid, the blood stream and surrounding tissues and acts as a potent sedative to the nervous system.  It can readily enter all cells in all tissues – for some purposes, it rings the doorbell, entering via membrane receptors and setting off a cascade of phosphorylation events. For other purposes, it diffuses through the cell membrane and heads straight to the mitochondria for antioxidant duty or to the nucleus for promoting DNA transcription of specific proteins and enzymes.  With high levels of melatonin on board, the body rests and repairs. At sunrise or the retina’s detection of light stimulation, melatonin production ramps down quickly to daytime levels – this is why it’s imperative we sleep in the dark and take care not to turn on lights in the middle of the night. See the image to the right for an example of a urine MT6s curve. By looking at the first morning melatonin level (5AM), we can see that overnight melatonin levels were quite low. Certainly, if there are reported symptoms of delayed sleep onset or other sleep disturbances as well, we could make the assessment that addressing melatonin levels might be an important part of the treatment plan.