Looking Back: Popular Articles for Patients in 2018

We step into 2019 with open minds ready to make new discoveries to improve our overall health and wellness. But first, we would like to take a moment to look back at our most popular blogs of 2018 for patients. 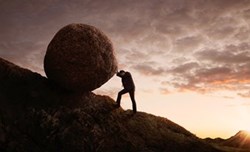 Traumatic stressors are defined by the direct experience, witnessing of, or confrontation by an event involving actual or threatened danger, and they evoke responses that include intense fear, helplessness or horror. On the heels of the catastrophic storms, life-altering fires and manmade events, re-visiting what allows some people to bounce back more quickly than others after trauma may shed light on important, emergent assessment criteria.

Vitamin D: What Level is Normal vs Optimal? 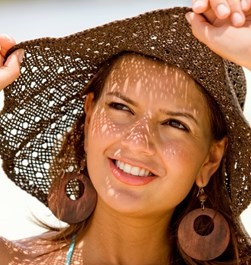 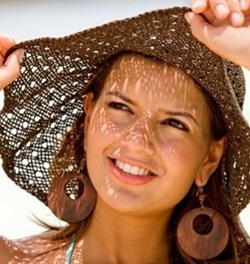 If you have ever had your level of Vitamin D tested, depending on which lab you used, your report showing whether your level is low, normal, or high might have left you scratching your head. In fact, there are multiple agencies all with slightly different opinions on what levels are deficient, insufficient, sufficient, high, or toxic.

When testing with ZRT, you will receive a result that is reflective of your total 25-Hydroxy Vitamin D status (vitamin D2 plus Vitamin D3) in blood. This is the storage form of vitamin D, which is converted by the kidneys to the biologically active form, 1,25-dihydroxycholecalciferol.

Vitamin D3 is involved in numerous biological processes such as immune system modulation, insulin sensitivity, hormone and neurotransmitter homeostasis, and is essential for ensuring calcium absorption in the bones. Dietary sources of vitamin D include foods such as cow’s milk, fish, egg yolk, and pork. Sunlight exposure and supplements are two other main sources of vitamin D that will contribute to reaching an optimal vitamin D status for health. Those of you who are not living in a sunny climate year-round will be hard-pressed to maintain a healthy level of vitamin D by relying on sunlight alone.

Glycine – A Small Molecule with a Big Impact on Sleep 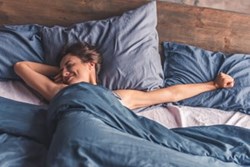 Glycine has a calming effect on the brain – it helps you wind down and prepare for sleep. Its role as an inhibitory neurotransmitter has been unfolding over many years of ongoing research efforts.

Easily one of the most versatile amino acids, glycine serves as a building block to proteins (collagen, the most abundant protein in our body, is one-third glycine), and is heavily utilized for the production of heme, DNA and RNA synthesis, glutathione formation, and for enriching the body’s capacity for methylation reactions [1][2].

People need sleep. It is our basic human need. Too many of us experience sleep problems. Laying there restless, counting sheep, watching the hostile glow of the green numbers, fearing the absence of sleep – this dreaded scenario of sleep-deprived desperation is all too familiar. Needless to say, sleep issues have become a pervasive health problem, and research shows that lack of sleep affects everything from mental competence to increased risk of chronic diseases and cancer.

A new study published in Nature Communications, resulting from ongoing collaborations between ZRT Laboratory and several academic institutions, explored the effects of testosterone supplementation on young men’s preference for luxury products [4]. It turns out that men in the testosterone group had a much stronger preference for goods perceived as having higher status, compared to men that received placebo, suggesting that consumption of status goods may stem from neuroendocrine motives. 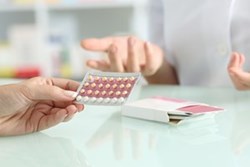 I watch a bit of television now and again, and repeatedly see a commercial for a birth control pill. It looks quite glamorous to be taking it. Granted, at the tail end of the commercial it states many of the bad things contraceptive pills are widely recognized to cause. But the real impact of what birth control pills do to female bodies is never discussed and what is discussed is completely glossed over.

The true nature and impact of birth control pills is very concerning and prevents me from prescribing them in good conscience. All women should come to grips with the sad reality that this rampantly prescribed group of drugs can be harmful, and therefore unacceptable.

So, let’s get to the nitty gritty of what the heck are birth control pills, what are their real impact on a woman’s body, and why you might want to avoid them, if possible? I know you’ve heard them referred to as hormonal contraception, but the reality is that there’s not a drop of natural hormones found in any brand of birth control pill. Not even one drop!